Tropical Dream, a popular choice in 1960s, is back by popular alumni demand 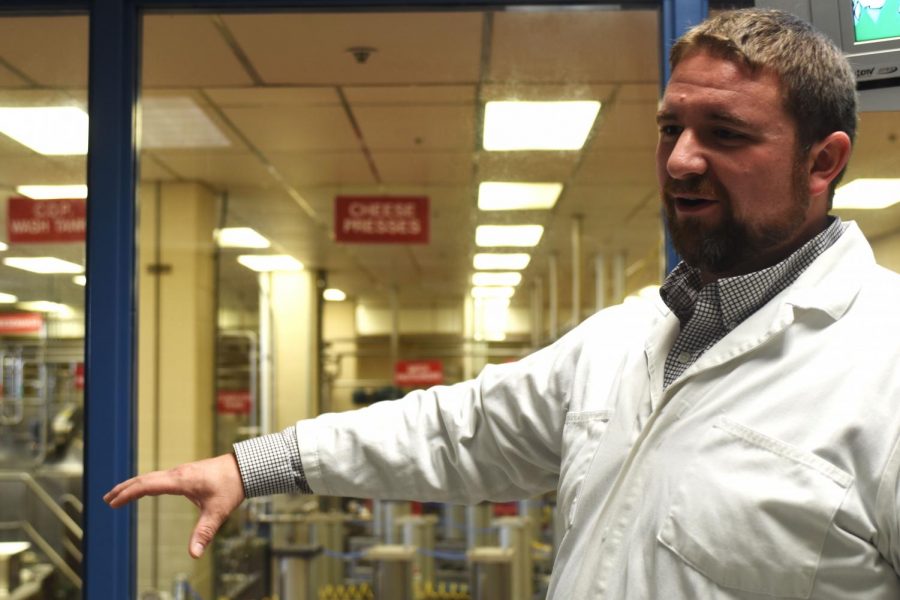 “It’s a very vacation-y flavor for sure,” said Dave Soler, Ferdinand’s Ice Cream Shoppe assistant manager, as he discusses the process of making the flavor Friday in Ferdinand’s Observation Room.

Ferdinand’s Ice Cream Shoppe is giving customers a throwback to the 1960s with its reintroduction of Tropical Dream, a mango and coconut flavored ice cream popular during that decade.

“We get comments all the time [like], ‘Oh we remember this ice cream from back when we were here,’ ” Soler said. “We haven’t made it in 30 years but people seem to really like it and remember it.”

He said they dug back through archives over the summer and contacted the previous manager, Marc Bates, who remembered a lot of details about what kind of pineapple or coconut was used. They decided to recreate the ice cream due to popular demand.

“Nobody [who] works here now has ever tasted it before,” Soler said.

They made 45 tubs of Tropical Dream and began selling it on Sept. 24, he said. They have finished 17 tubs so far.

“Some of our seasonal flavors go really fast, some of them take a little more time,” he said. “It’ll run hopefully at least until the next [football] game and maybe a few more games.”

Soler said they worked with WSU Pacific Islanders Club to create and rebrand the name in order for it to reflect the tropical flavor.

Soler said they had to test the pineapple in three different forms: chunks, tidbits or crushed. Pineapple chunks were not the best choice because one bite might have a lot of pineapple and the other bite may not.

“We got the best distribution into the ice cream with the crushed pineapple,” he said, “so you got a little bit of pineapple in every bite.”

The process of making the ice cream starts by mixing the dry ingredients together in a machine, Soler said. The ingredients are transferred to a pasteurizer machine afterward to heat up the mix and kill any potentially dangerous bacteria.

Finally, the mixture goes through tanks with coconut flavoring. The entire process is done once a week and in a span of two days.

“The mixing, pasteurization, homogenization, plate cooler and the cooling get it to these tanks in one day,” he said. “The following day we freeze it.”

Along with Tropical Dream, Ferdinand’s is currently offering a pumpkin flavor and will have peppermint in the holidays and lemon chiffon on Mom’s Weekend, Soler said.

“That’s the best word for it,” Soler said. “It’s a very vacation-y flavor for sure.”