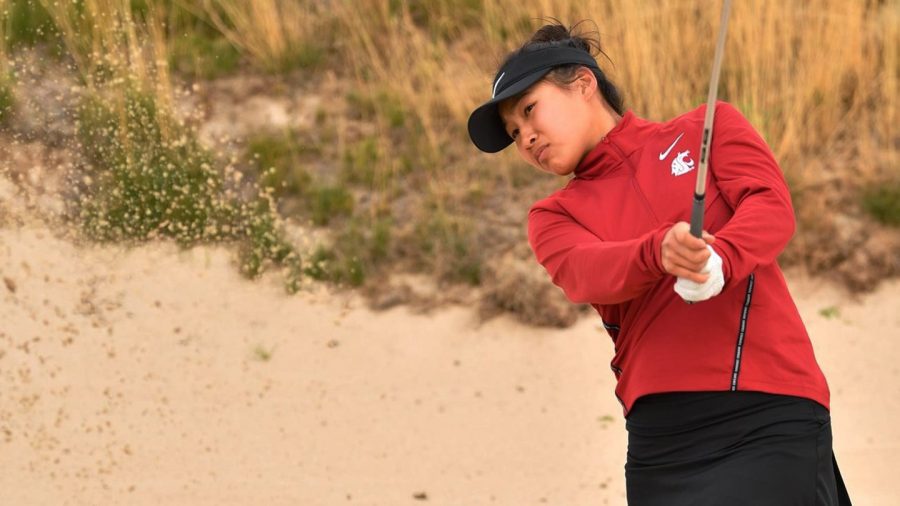 Freshman Amy Chu tied for ninth in the Ron Moore Women’s Invitational over the weekend. As a team the Cougars finished sixth.

WSU women’s golf finished sixth at the Ron Moore Women’s Invitational in Highlands Ranch, Colorado, this weekend with a score of 887 (+23).

Head Coach Kelli Kamimura said it’s exciting to see her team’s hard work pay off and is looking forward to what’s ahead for the Cougars.

“This team knows what they are capable of,” Kamimura said.

Leading the Cougars, freshman Amy Chu tied for ninth with a score of 218 (+2). This was Chu’s first top-10 career finish.

Junior Marie Lund-Hansen tied for 13th with a score of 219 (+3). This was Lund-Hansen’s third-straight top-20 finish for the season.

The Cougars were sitting in third place after the first round Friday and Chu was tied for first. However, WSU had a rough second round Saturday and the team dropped to eighth.

The Cougars came back for a strong finish in the third round Sunday to place sixth in a field of 16.

Freshman Cameron March, who competed as an individual in her first outing as a Cougar, finished with a total score of 244 (+28).

Colorado State University won the invitational with a total score of 860 (-4). Colorado State junior Ellen Secor finished first with a three-round total of 213 (-3).

WSU will next step on the green Oct. 19 at the Stanford Intercollegiate in Stanford, California.