Couples want to show affection in public but cause awkwardness 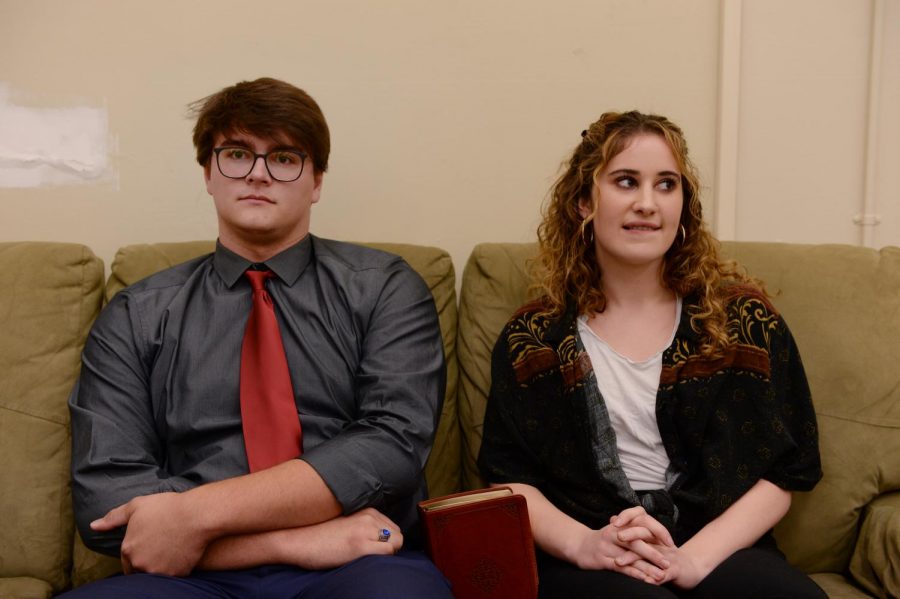 “If you’re in the middle of Walmart making out against a box of mac and cheese, no thanks,” Resident Advisor Mallorie Jordan said. There’s a way to show affection, but maybe don’t.

Picture this: You’re walking down the street, minding your own business, when out of nowhere two people appear. They aren’t walking side-by-side like civilized human beings. No, they’re making out, right there on the sidewalk where the whole world can see.

What do you do? Avert your eyes as you walk past? Cheer them on? Run in the opposite direction?

There always seems to be at least one couple that finds it appropriate to be groping each other inside Martin Stadium before a football game. What do you do when you see that, you loyal WSU football fan? Let it ruin Cougar Football Saturday? Heck no — you walk right by, pretend you don’t see them and make a passive-aggressive comment about public displays of affection to your friends when you’re a safe distance away.

Your level of intimacy with your partner is your business, but when you bring displays of affection out in public, they become everyone’s business. People may jokingly tell you to leave room for Jesus, but a lot of the time this sentiment is said with some seriousness.

Exactly what is it about being in a relationship that tells us sucking face in public is alright? No one wants to see that. Except maybe creepy Uncle Joe, but there’s a reason we call him the creepy uncle.

“I find it to be uncomfortable sometimes,” said Samuel Stargell, a small group leader for an on-campus church. “In previous relationships, I would prefer my own PDA to be more private so I’m not bugging other people.”

Should you leave room for Jesus? In most instances, yes, Stargell said.

It may be hard to control your urges when you’re out with your significant other, but the rest of the world is begging you to tone it down. Have some common decency and keep things that belong in the bedroom, in the bedroom.

If you aren’t sure what amount of PDA is appropriate, ask yourself some questions. Would I physically recoil if I saw someone else doing what I’m doing? Am I uncomfortable having strangers see my partner and I do this? Would doing this cause screams of “We get it, you’re in a relationship and I’m going to die alone” from my single friends?

If you answered yes to any of these, you may want to rethink how intimate you’re being with your partner in front of others.

There are no hard and fast rules for PDA, but generally it’s respectful and more comfortable for everyone when you keep touching to a minimum.

“Holding hands and hugging are alright, maybe giving a quick kiss to someone when you’re saying goodbye,” Stargell said.

When it comes to PDA, it’s crucial to know your surroundings and be aware of how far you’re going.

“If you’re in the middle of Walmart making out against a box of mac and cheese, no thanks,” Resident Adviser Mallorie Jordan said.

Some places like residence halls may seem safer than others. Just be cautious of who could see you and all your amorous activities.

“If you’re just going ham with the door wide open, that’s not really OK,” Jordan said. “There’s a tasteful way to do PDA and there’s definitely a ‘keep it to the bedroom’ kind of way with PDA.”

“[People forget] ambient consent,” he said. “While you and your partner are consenting to a specific act, your neighbors might not be consenting to have to see or hear that.”

You and your partner control how you showcase your relationship to the world. While you shouldn’t be shamed for how you choose to show affection, be mindful of the discomfort you might be causing others.

“If [a couple] wants people to know their relationship is sexual, there is a way to do so that isn’t invasive and doesn’t cross those lines of consent,” Angeles said.

Bottom line: Be aware of what you’re doing and where. PDA that is done in a mindful and tasteful manner is perfectly acceptable and can be a visual sign of a wonderful relationship. However, if you wouldn’t want to see someone else doing it in public, you probably shouldn’t be doing it either.