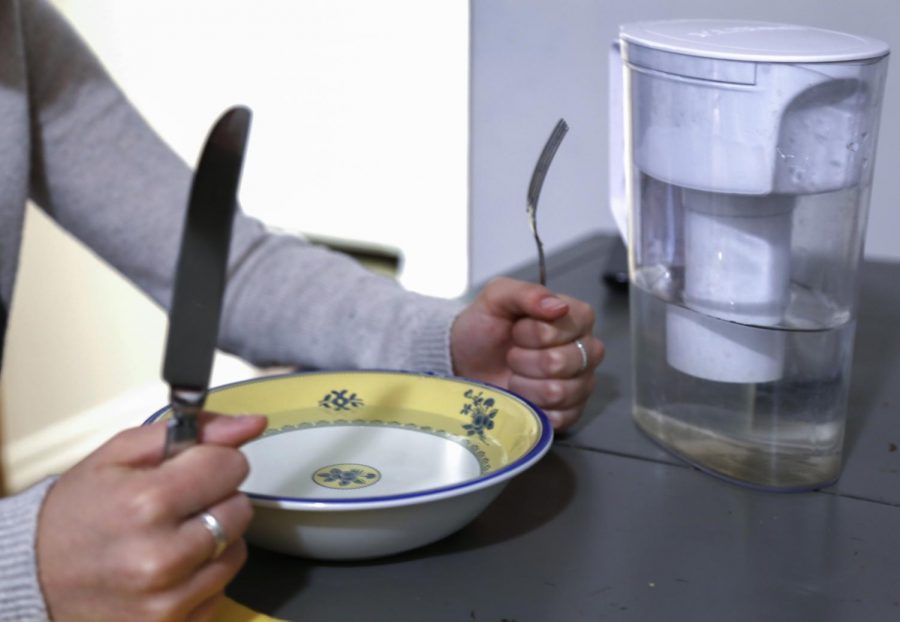 Water fasting seems like a proud way to defeat food addiction, but feelings of accomplishment can’t give the body basic nutrients or fill an empty stomach

Eating is a necessary part of each of our lives. For some, the food we eat has become a necessary evil as we fight against sugars, carbohydrates and fats.

Intermittent fasting has become a popular solution that dispels all the problems associated with food with one simple solution: not eating food at all. To explore what a fast could lead to, I decided to consult with an expert as I attempted a 48-hour water fast.

Anna Grindeland has been a dietician for four years and only recently started her business Three Forks Nutrition last month. She said water fasting and ketogenic diets are harmful to people trying to live healthy lives.

“It’s a fad right now,” Grindeland said. “You put your body into a mode of starvation. Less than 1 percent of women who diet will reach an optimal BMI. That’s really telling from the lack of proof we get from a fad diet.”

As soon as I reached the 12-hour mark of no food, I didn’t only need to resist the urge to eat, but I also struggled to focus on the schoolwork I had for the evening.

Grindeland said she studied the mental stages of starvation from the Minnesota Starvation Experiment in 1944-45, where researchers systematically cut down the calories of participants. She said she understood from a dietician’s perspective the hazardous effects water fasting can cause.

“One of the first things you lose is your mental agility,” Grindeland said. “There is a change in the neurotransmitters in your brain that give you a high that you get when you control your diet.”

After I had stopped eating for an entire day, I woke up with the feeling Grindeland referred to. I felt proud I was able to overcome the urge to eat food, but is that something I ever needed to overcome?

Grindeland said people who feel liberated after starving themselves are only responding to the idea of dieting and that in reality, they were never controlled by food in the first place.

“Our emotions do control how we eat,” Grindeland said. “But to say we’re simply addicted to food is nonsense. We need food to survive.”

Overeaters Anonymous is a nonprofit organization that helps individuals who have problems managing their eating habits. Grindeland said finding a meeting was a better way to help individuals with their self-control than through water fasting.

I reached the 48 hour mark of my water fast and treated myself with a Chobani strawberry yogurt as my first meal since the fast ended.

I had managed to lose 3 pounds over the two-day period, but as Grindeland predicted, I have already gained 2 pounds mere days after my excruciating experience.

While I won’t be trying this again, Grindeland said she was concerned for the people who fast on a regular basis. She said one of the worst side effects of water fasting is the development of eating disorders.

“People with eating disorders are predisposed to the diet culture we created,” Grindeland said. “Anyone can provide a simple solution to something we’ve been insecure about. People with anorexia nervosa and binge-eating disorders have additional mental problems going on. Diets can further worsen their eating habits.”

For anyone struggling with their diet, Grindeland said she made her company in the effort to debunk these sorts of fads and encourage people to live diet-free.

“Someone just trying to lose weight should think about mindfulness,” Grindeland said. “You should be learning to listen to your eating cues, sleep patterns and making sure you’re drinking water throughout the day.”