Female pleasure may be linked to human adaptations that guided evolution, coupling practices for millennia 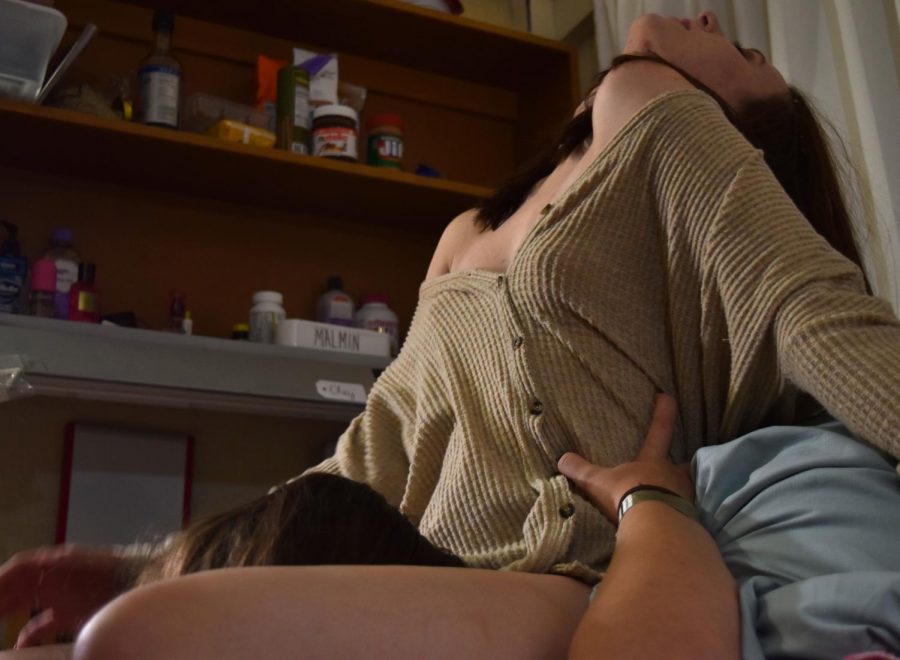 Society recognizes the importance of the female orgasm for pleasure, but there could be a biological reason women come.

In our culture, we often view the female orgasm as an elusive or unimportant part of sex. But times are changing and women’s pleasure is moving into the spotlight.

This year, one of the courses at WSU — Psychology 230: Human Sexuality — started the semester day one with a Ted Talk presented by Peggy Orenstein called “What young women believe about their own sexual pleasure.”

“I spent three years talking to girl’s ages 15 to 20 about their attitudes and experience of sex,” Orenstein said at the start of the video, “and what I found was that while young women may feel entitled to engage in sexual behavior, they don’t necessarily feel entitled to enjoy it.”

Orenstein rapid-fired research findings during the talk that painted a clear image of young women’s sex lives. Teenage girls today give oral sex at high rates, but rarely receive. Girls and women report feeling ashamed of their genitals and college-age women remove pubic hair at high rates. Fewer than half of girls ages 14 to 17 have ever masturbated and women report pain during sexual encounters 30 percent of the time.

A study on the orgasm gap and differences in sexuality done by David Frederick published in the Archives of Sexual Behavior caught the nation’s attention in 2017. Researchers found that while 95 percent of straight men reported that they usually or always climax during sex, only 65 percent of straight women said the same.

We know women have the capacity to orgasm at higher rates because 86 percent of lesbian women in the study reported usually or always reaching climax with a partner.

People might argue or believe on some deeper level that a woman’s orgasm just isn’t natural. Maybe they believe it’s not as important as a male’s orgasm because it doesn’t have the power of conception.

So if female orgasm doesn’t lead to pregnancy, why do women come? It turns out women’s orgasms probably have multiple important functions in conception.

Aaron Blackwell, a professor, human biologist and behavioral ecologist at WSU, said most animals don’t seem to have sex for pleasure and their copulation only takes a moment.

Humans stand apart, he said. From an evolutionary perspective, the female orgasm could be an adaptation that helps us conceive and raise the best possible children for our environments.

“During orgasm, there are uterine contractions and the cervix dips down,” Blackwell said. “That seems to facilitate moving sperm into the uterus.”

Blackwell said though there isn’t good evidence to support this hypothesis — it’s hard to measure orgasm — the feeling of an orgasm itself could become an important factor in conception when a woman has multiple partners.

Research indicates that women’s orgasms are affected by their attraction to and relationship with their sex partner, Blackwell said. If a woman has multiple partners, she will have the most frequent and intense orgasms with the partner she prefers both sexually and emotionally, according to one hypothesis.

These orgasms could encourage a woman to have more sex with the partner who causes them to have one, he said. So a woman with multiple partners would be most likely to become pregnant with the male she has the strongest reaction to.

The second main hypothesis about the purpose of female orgasm is that orgasms could have a more long-term benefit.

Orgasms could help maintain close relationships called pair bonds, Blackwell said. For both sexes, orgasms cause a release of hormones that help to form emotional bonds, including oxytocin, sometimes called the cuddle hormone. As opposed to single or separated parents, bonded parents could raise healthier, happier children. These children are likely to reproduce successfully.

According to both hypotheses, female orgasms could have a very important role in human history and evolution. If women’s pleasure holds this much sway in the continuation of humankind, not focusing on them during sex probably says more about our culture than our biology.

Remember how lesbian women reported climaxing in 86 percent of their sexual encounters? In the Ted Talk the human sexuality class began with this year, Orenstein said there’s a lot we can learn from how lesbian and bisexual women experience sex.

“In same-sex encounters, the orgasm gap disappears and young women climax at the same rate as men,” Orenstein said, based on her own findings. “Lesbian and bisexual girls would tell me that they felt liberated to get off the script — free to create an encounter that worked for them.”

Orenstein said one gay girl shifted her perspective about how society defines a virgin. Virginity is a cultural construct and one that doesn’t make much sense for a lesbian.

Orenstein asked the girl how she knew when she’d lost her virginity. The girl finally decided it happened when she experienced her first orgasm with a partner.

“What if, just for a second, we imagined that was the definition?” Orenstein asked. “Again, not because intercourse isn’t a big deal — of course it is — but it isn’t the only big deal and rather than thinking about sex as a race to a goal, this helps us re-conceptualize it as a pool of experiences that include warmth, affection, arousal, desire, touch, intimacy.”

While 400 students sat and considered what they’d just heard in Orenstein’s talk earlier this semester, the questions she asked are becoming unavoidable for all young adults today — whether it’s in class, headlines or our own bedrooms.