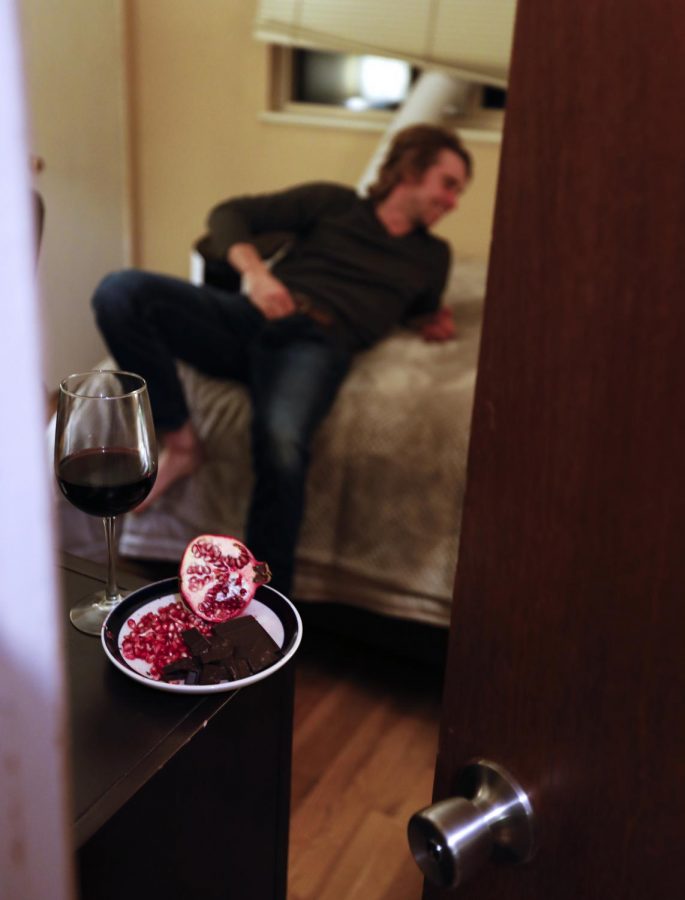 Though the herbs suggested can have useful effects, a deeper look into emotions and intangible energy helps too.

If you feel something is missing in your sex life, you might be inclined to turn to aphrodisiacs to solve your sexual problems.

While there are herbs and foods that boost desire, naturopathic medicine practitioners on the Palouse said there’s no magic fix for low libido. From a holistic perspective, lackluster sex drive is an expression of an overarching problem.

“We want there to be the natural version of Viagra, something automatic,” said Kathleen Ojeda, or K.O., a naturopathic doctor who works out of the Nest Birth & Wellness Center in Pullman. “There’s an interplay. If you’re mentally ready, if your heart is in it and if your body is ready.”

“In my practice, we’re aiming for this lifelong journey of health,” Ojeda said. “The goal is a state of unconditional love for yourself and sex life is another part of that.”

To explain the core of this philosophy, Ojeda defined vital force. She said by the laws of physics, everything in our universe is moving toward chaos. Earth is breaking down and mountains are slowly crumbling. But we are living and we can tell what is alive and what is not. According to naturopathic ideology, vital force is the energy of life. This energy resists entropy to bring things into order.

“That is the nature of being alive,” Ojeda said. “And that’s what we’re working with in energetic medicine.”

Ojeda said a cut is a disorder in the skin and it is vital force that heals the cut by bringing it back into form.

“There’s order on an energetic plane,” Ojeda said. “We are all one because in an energetic sense we have unity. When we’re coming into enlightenment, which is unconditional love, we’re bringing more unity. And we can do that with our sex life and with our sex partners.”

So, in Ojeda’s practice, the most important thing is to feel free in sex.

Qi flows through the physical body and the energetic body around that, Lambert said. Qi energy depletion or stagnation in an area causes pain and disease.

“I work with a lot of women and when they have low libido, nine times out of 10 it’s an issue with the pericardium,” Lambert said.

Finally, Lambert also suggested imagining feelings of excitement. Remembering where giddiness expresses physical feelings in your body can help to heal it, she said. Recall butterflies in the stomach, a lifted heart or buzzing joy all over.

As an herbalist, Lambert suggested different herbs and foods with aphrodisiac effects for men and women. These aphrodisiacs can stimulate arousal but are more focused on healing deeper sexual issues.

For men: The Chinese medicine explanation of low libido could be a lack of yang, which is warm, masculine energy, Lambert said. Yang is hot, so foods and herbs that have aphrodisiac properties are ones that warm you up to bring yang into balance.

For women: Herbs and foods to help women build libido are centered on opening the heart and chest and stimulating the pericardium. These include cinnamon, reishi mushrooms, holy basil or tulsi, maca and chocolate.

Lambert said the flavor associated with the heart is bitter, so coffee, chocolate and other bitter foods are helpful.

Though these herbs have stimulating effects according to traditional Chinese medicine, Lambert and Ojeda both believe it is crucial that people get in touch with the intangible energy and emotions wrapped up in their sex lives.

In both Lambert and Ojeda’s belief systems, the goal is to reach enlightenment and free-flowing love. People can reach this through meditation, introspection or other means. Sex is one part of that journey.

“Whatever is bringing you into deeper love with yourself,” Ojeda said, “that’s the goal in a healthy sex life.”