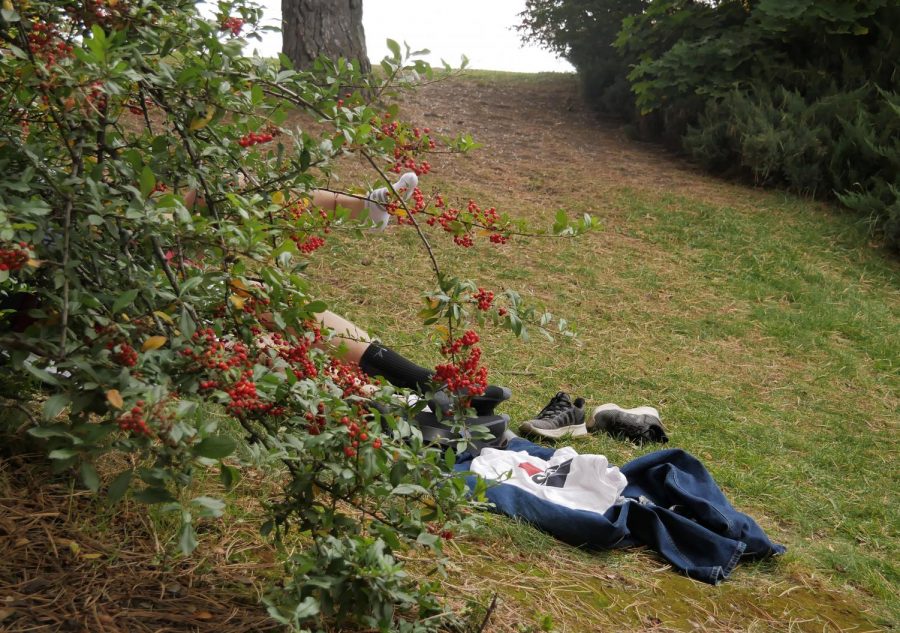 Despite the cultural taboo, there are many ways to work around laws regarding indecent exposure and noise in the city. Just be sure to prepare carefully with blankets and protection.

Lots of people want to get nasty in nature, whether it’s because of a roommate, your hippie instincts or a blood alcohol content of .2 percent.

If the urge strikes, you can make it work. With some tips from an outdoor sex connoisseur and the law on your side, four walls can’t hold you tonight.

First things first, you’ll want to avoid an arrest. So what’s legal and what’s not in the realm of public panky? Lucky for us, it would appear that Washington state lawmakers know how to get down.

While nonconsensual sex is completely criminal (obviously), Washington’s state laws about consensual sex acts only prohibit indecent exposure, “open and obscene exposure of his or her person or the person of another.” The word person generally means genitals.

Are you thinking what I’m thinking? Blanket equals legal boink?

Let’s consult the city code. If you search that riveting document you’ll find notes on public urination and defecation, but not public sex acts.

Under Title VIII’s chapter on noise regulation, the city code does prohibit “frequent, repetitive and/or continuous noise made by the amplified or unamplified human voice that emanates from a building, structure or property.”

So keep it down, cowboy.

Or don’t keep it down? Exempt from that noise regulation are “noises caused by natural phenomena.” Take that how you may.

So now that you know to keep those private parts out of the public eye while you bow-chicka-wow-wow, how can you make the experience top-notch?

Here’s what you need to keep in mind. Let’s consult an outdoor sexpert and sophomore at WSU, who opted to remain anonymous because — duh. She’s identified here as S.

When peering eyes and the cold hard ground are your obstacles, position counts.

“For me it’s usually been in the missionary position because it’s the least noticeable,” S said. “Your bodies are close to the ground and there’s flora to protect you.”

S said if you use a car as your makeshift love shack, it’s got to have a function allowing the seats to go all the way down, “or you’ve got to be prepared to have a sore neck.”

Something to bolster the bottom person’s hips won’t hurt either. You don’t want the rough crust of the earth banging into your sacrum repeatedly with no give. You might not notice in the moment, but that bruise where a tramp-stamp should be will bite you in the, well, back.

S said you should bring condoms — plural. She said if you’re not in the most familiar space, you’re more likely to lose track of your protection.

And bring water wherever you go.

“If you’re stuck in some f-cking field and you’re breathing heavily, and suddenly you get that desperate urge for water, it’s much better to have it on hand,” S said.

No one wants a grass rash in their magic canyon. Bring a blanket to cover your “person” and another to protect it from the elements.

And don’t forget this age-old adage from our wise correspondent:

If you’ve gone to the effort to avoid a misdemeanor due to indecent exposure and you’ve gathered your necessities, remember why you’re out wherever you are to begin with — to enjoy the wonders of nature.