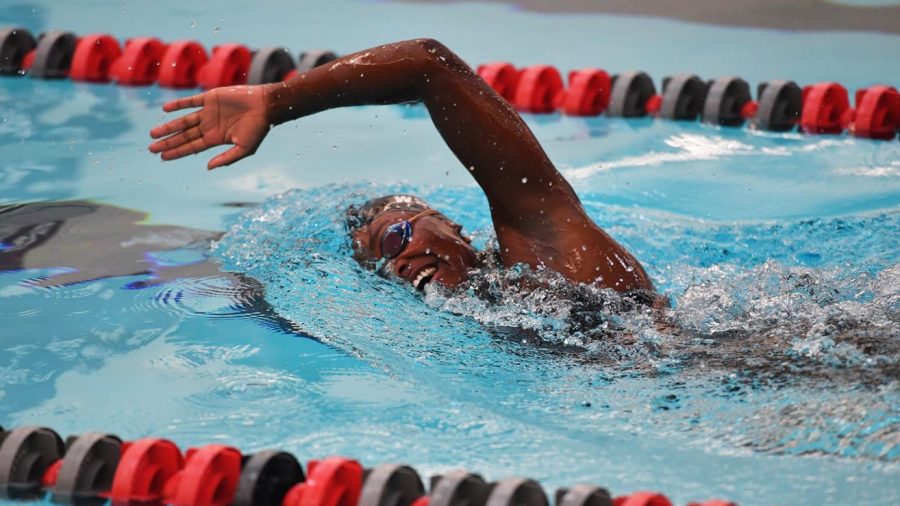 WSU will compete at home for the first time this season 2 p.m. Friday at Gibb Pool.

WSU swimming will be home at Gibb Pool against defending national champion No. 1 Stanford University on Friday. This will be the second official meet of the season for both undefeated teams, as WSU and Stanford are each standing at 1-0 on the season so far.

Looking forward into the upcoming meet against the Pac-12 rival, Head Coach Matt Leach is excited to see the growth and experience from the invitational and the opening meet of the season come together and help put the Cougars on top Friday.

“We’re focusing on getting 1 percent better and we can only focus on our lanes,” Leach said. “I want to see how we handle adversity at home with our backs against the wall, because our backs will be against the wall this week.”

Last weekend the Cougars traveled to Fresno, California, for the Chick-Fil-A Invitational, where they competed against several teams from the Mountain West Conference and fellow Pac-12 rival University of California, Berkeley. WSU came away from the invitational with 380 points and a fourth-place finish out of five teams.

“When we were out at Fresno, I really enjoyed the student-athletes, they really came together,” Leach said. “They look like a unit, we had some really good energy on the pool deck … which is what we talked about from day one, about trying to make sure we’re there swimming for each other.”

At the invitational, the Cougars competed against the No. 2 Cal Golden Bears among others. The team was able to come away with an impressive set of top placings, including seven top-five finishes and 25 finishes inside the top 20.

Leach is expecting some strong competition from visiting Stanford. The Cardinal is sitting at a 1-0 record on the season right now and has been the reigning champion two years in a row. However, the team doesn’t have quite as many races under its belt this year as WSU does.

Stanford’s last victory came on Oct. 9 against the University of Utah. The final result was a 193-99 win for Stanford. This was the Cardinal’s home opener, and the veteran leadership of the team did not disappoint.

“For us it’s preparing the same way,” Leach said. “It doesn’t matter if we’re swimming the national champions or the Mountain West Conference champions, we’re going to keep doing the same thing every day.”

Both teams have more than a few new athletes and will need strong performances from younger swimmers. WSU and Stanford will hit the water 2 p.m. Friday in Gibb Pool.