Exploring the asexuality spectrum of love, not sex 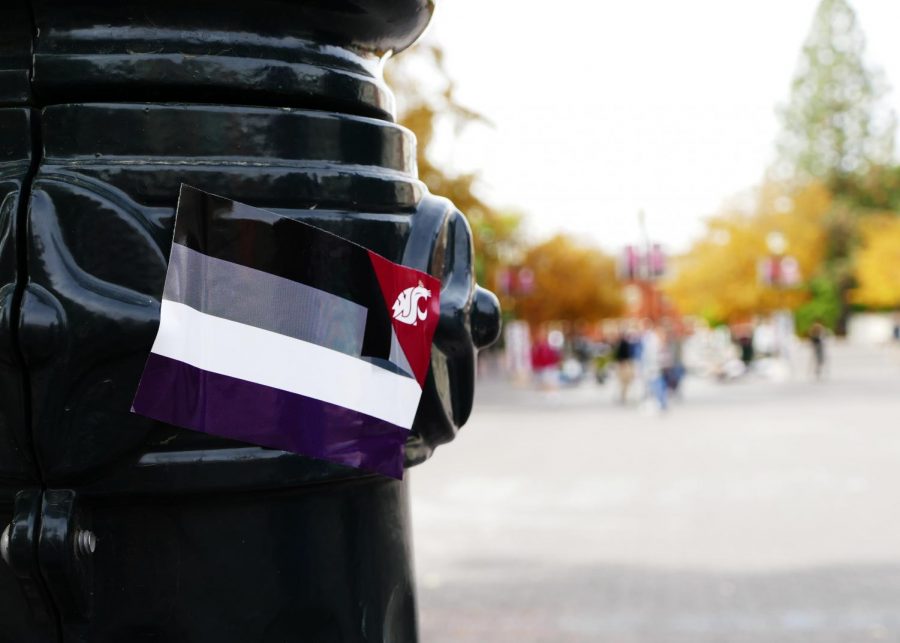 Asexuality comes in more than one form, including variations in both romantic and sexual attraction.

Asexuality, as described by the Trevor Project, is a sexual identity spectrum in which love does not equal sex. People who fall on the spectrum may or may not engage in romantic or sexual relationships.

Hamre said he does not expe­rience sexual attraction. He is not repulsed by sex but does not have interest in engaging in intercourse.

As for his romantic attrac­tion towards people, it does not extend far from friendship, he said, and he does not need nor hope for reciprocation in his feel­ings if he has them.

“I am completely fine with being friends,” Hamre said. “Essentially, I feel romantic attraction, but I don’t have the desire to act on them.”

Due to his lack of interest in sex, Hamre said he finds it diffi­cult to understand why products are often advertised with sexual undertones. The term “sex sells” is not one he is buying.

“Things that don’t have any relation to sex are marketed using sex,” Hamre said. “Yet it somehow works without any­one questioning it. It’s just really weird.”

Equating romantic attraction with sexual attraction is not a system junior Stephanie Kemp abides by. They identify as asex­ual and biromantic.

“I thought I was bi, at first, but I realized that [wanting] to kiss people does not necessarily mean [I was] sexually attracted to them,” Kemp said. “I remem­ber thinking that I never wanted to get married because I don’t want to have sex with anyone.”

Kemp has kept their sexual­ity mostly to themselves, they said. They have come out to their friends and sibling and have received support and accep­tance. Kemp said they struggle to understand society’s fascination with sex.

“I can sit there and think ‘How much time do people who expe­rience sexual attraction waste thinking about sexual attrac­tion?’ ” Kemp said. “[Asexual] people just have so much more free time.”

Kemp said if they were to enter a romantic relationship, they would make their disinter­est in sex very clear. They would not allow themselves to be pres­sured into engaging in act they do not want to engage in.

Another identity on the asex­ual spectrum is demisexuality. Sophomore Christeena Brinson said demisexual people require a strong emotional connection with someone before they are able to feel sexual attraction toward that person. Brinson is demisexual and when she experiences attraction, it is only towards women.

“I’m not really into sex,” Brinson said. “I have to have an emotional connection to some­one before I even think about sex.”

“We’re completely fine,” Hamre said. “We’re just like everyone else.”