Cougars will travel to Wisconsin, Idaho for two separate meets 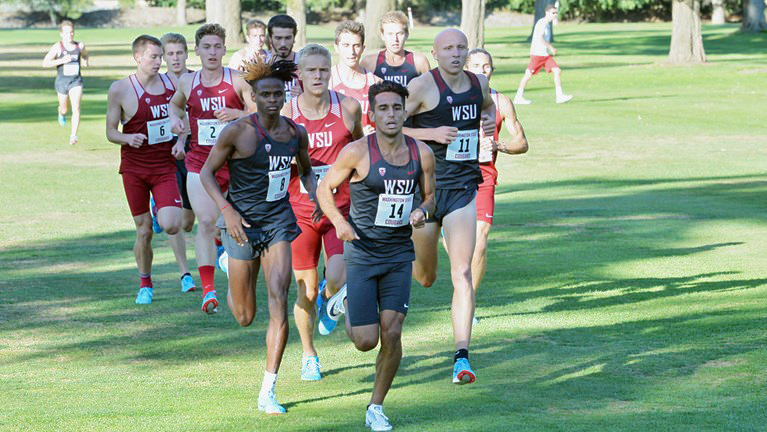 The WSU cross country team will be competing in two different states on Saturday. Some members will be in Madison, Wisconsin, for Pre-Nationals, and the others will be in Lewiston, Idaho, for the Inland Empire Championships.

For Pre-Nationals the Cougars are only allowed to have seven runners from each team. Both teams are looking to make adjustments going into the race. One of these is a better start to the race.

Wayne Phipps, director of cross country/track and field, said some athletes went out a little too aggressive and some a little too cautious.

With a high number of runners competing at the meet, freshman Emma Jenkins said it can be hard to focus on your own race plan.

“For me, it’s helped me to realize that I need to start at my own pace and not start too fast so I can progress throughout the race and not get too tired,” Jenkins said.

Junior Kaili Keefe said it can be hard to gauge where you are at in a race because of the number of runners and the ability to pass a lot of people in a short time frame. At the Nuttycombe race, she said she was holding back because she didn’t want to start out too fast. Going into this race, Keefe said she knows more about how she wants to handle the competition.

“[The 3K mark] is when I want to start picking it up and moving up in the race,” Keefe said.

Redshirt freshman Amir Ado said he learned he needs to go out fast but not too fast. At the Nuttycombe Invitational, he finished third for the team behind seniors Chandler Teigen and Nathan Wadhwani. For Pre-Nationals, Ado’s goal is to finish in the top 20 and as a team finish in the top five.

“Improve and win as a team, if possible,” Ado said.

For those not going to Pre-Nationals, Phipps said the Inland Empire Championships is a great way for the athletes who are currently out of the top seven to get in another race.

For the upcoming Pac-12 Cross Country Championships, Phipps is allowed to run 10 athletes from each team, and the Inland Empire Championships gives him a chance to see who will be making that roster.

“We’re just excited to [get] back to racing again,” Phipps said. “Excited for all the races moving forward.”