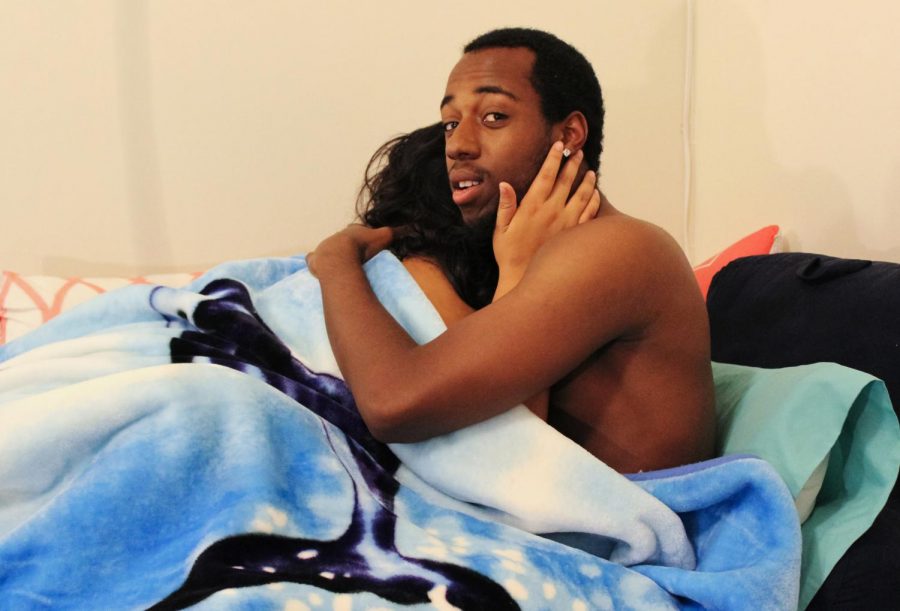 If you want to avoid being walked in on, keep the noises to a minimum and hope for the best.

Many people share a living space with a non-romantic roommate during and after college.

In his freshman year, junior Angel Avina-Ramirez’s roommate and roommate’s girlfriend started making out and were being loud. At some point, Avina-Ramirez ended up falling asleep while they were making out. He doesn’t know for sure if something happened, he said.

The couple would often make out while he was in the room. He knew when they would start making out because of how the beds were arranged and how he could feel their movements in his bed, he said.

Even if someone is not sharing a room with a roommate, the thickness of the walls will change things for roommates and neighbors.

Junior Jennifer Gutierrez lives with her sister and the walls are … not very thick. Any time her sister brings a guy over, Gutierrez can hear them, she said.

With those not-very-thick walls, Gutierrez can also hear her downstairs neighbors. She hears them when they are close to finishing, Gutierrez said.

Similarly to Gutierrez, junior Karem Gonzalez said she can hear her neighbors upstairs very well — from the screams to the bed movements to a huge pound and then it stops, she said.

While there is not a lot one can do to fix thin walls, there is one other way to reduce sharing the bedroom noises.

One night, Gutierrez’s sister was having some friends over and Gutierrez was spending time with her then-boyfriend. Later on, she and her boyfriend heard people leaving and thought everyone had left, Gutierrez said. They started making love in the living room.

One of her sister’s friends had forgotten a belonging and walked in on her and her boyfriend, Gutierrez said.

Both Gutierrez and Gonzalez talked about the importance of communicating with roommates.

Gutierrez said talking about sex with her sister has opened up their relationship. Communication about sex does not have to be awkward, she said.

“I think that’s the best thing to do,” said Gonzalez. “You can’t expect your roommates to read your mind.”