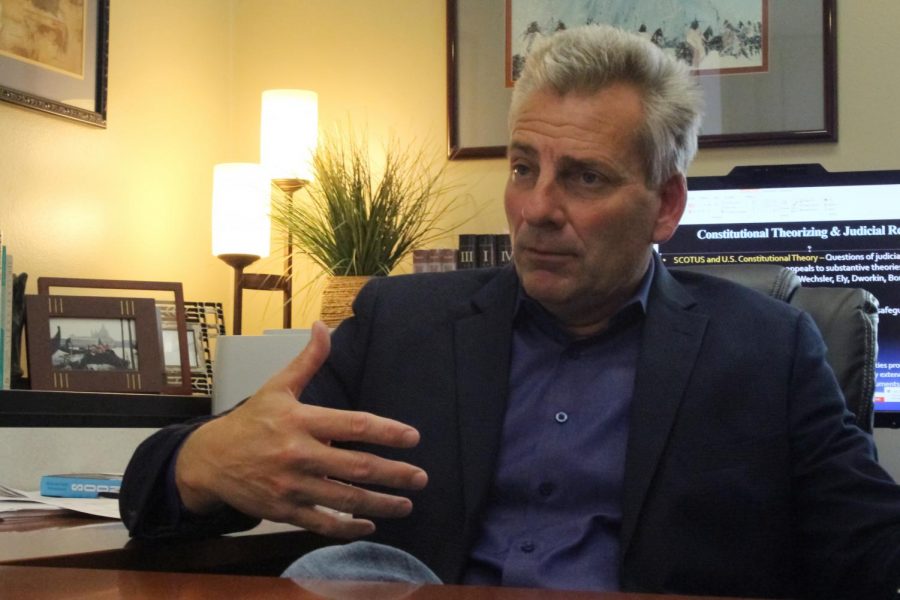 The Thomas S. Foley Institute has joined the National Civility Network, an organization of college institutions that seek to heighten civility and public dialogue through programming and education.

The membership in the civility network was a natural fit because of the Foley’s commitment to upholding the values of Thomas S. Foley, the former Speaker of the House for whom the institute is named, he said.

Foley was known for being willing to find common ground with his political opponents from across the aisle, Clayton said. One of Foley’s closest friends was the Republican minority leader he served alongside in Congress.

“That’s the legacy the Foley institute wants to continue, and that’s why we’ve taken special interest in civility and the declining norms of civility that have occurred since [Foley] left Congress,” Clayton said.

Steven Stehr, director of the School of Politics, Philosophy and Public Affairs, organized the Foley’s membership and will spearhead its collaborations as part of his position as the school’s Sam Reed Distinguished Professor, he said.

The professorship was created to focus on programs related to civility, Stehr said. He was appointed to the position at the start of this school year.

Stehr said he hopes the network’s programs and the institute’s continued efforts will help to elevate the level of public discourse on WSU’s campus and in Washington.

“We can have disagreements but I think we can disagree on more civil grounds, and I think that’s a net plus for the community and for the students,” he said.

Another program Stehr is working on in his position, he said, is an online certification in civil discourse through WSU Global Campus which will mirror a program at the Vancouver campus.