Abortion rights affect us all

While both sides of issue make illogical arguments, a woman’s right to choose makes society better 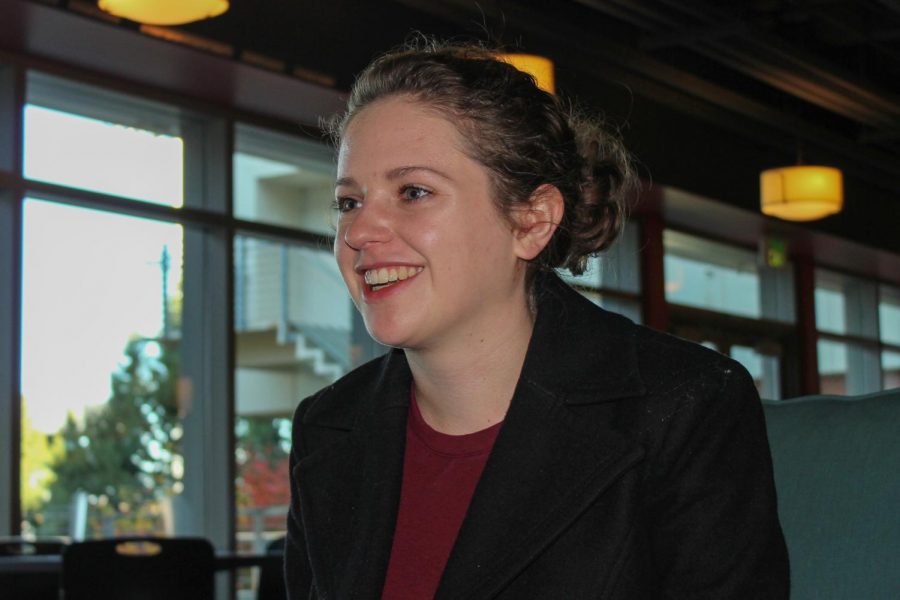 Elizabeth Baker, Vice President on Generation Action on WSU, explains the effects of abortion on today’s society at Re-Union Cafe on Sunday.

Abortion should be legal and accessible for all women in all circumstances. While technically a growing fetus is not part of a woman’s body, the changes her body endures are and the effects of a woman carrying a baby to term affect everyone.

In today’s political climate, abortion is one of the most divisive issues. It often seems like the issue has no middle ground; it is seen as either a moral failure or a basic human right. The primary argument for both sides is deeply flawed and this leads to unconvincing debates that leave no resolution in sight.

The main mistake anti-abortion advocates make is failing to create an alternative to abortion that would lead to the child living a happy and successful life. Their argument focuses on keeping a moral high ground that fails to consider the feelings of the person bringing the child into the world.

The main mistake pro-abortion people make is arguing that abortion is a feminist issue. Instead, the argument should be that it is a human rights issue, as it affects more than just women. The financial and institutional costs of a child born after an unwanted pregnancy is far greater than many Americans realize.

Elizabeth Baker, vice president of Generation Action at WSU, a group that provides advice, contraceptives, information and advocates on behalf of women everywhere, believes that abortion should be accessible to all.

“When you restrict access to abortion, you leave that door open to parents who may not want the kid and [this] leads to the population growing which is hard to sustain as it is,” Baker said.

Children born due to a lack of safe and accessible abortion options can end up in foster care or orphanages around the country. Many anti-abortion advocates consider this a viable alternative to abortion, but orphanages and foster programs across the nation are overpopulated which leaves many kids displaced.

These kids are born into unfortunate situations due to no fault of their own and only continue the cycle of poverty that affects many Americans today. There simply are not enough welcoming families to meet the growing population of children without homes, which leaves kids on the street and up to an overworked system to determine their future.

This uncertainty not only has a high human cost, as these children are not brought into the lives they deserve, but also financial cost, as taxpayers are left to pay for these kids’ housing, food, schooling and even prison in some tragic cases.

As cities become denser, we simply do not have the resources to house children who are given up by their parents. This is why as a society access to contraceptives and safe abortion is important because unwanted pregnancy not only affects the family, but all taxpayers.

Access to sexual education is also instrumental to curbing unplanned parenthood and as a nation there are still states without any mandatory sexual education at all and others that simply preach abstinence only.

“Because of our history we didn’t have legalized abortion for a long time,” Baker said, “as well as the fact that a large portion of our country doesn’t have sexual education in their schools which affects our sexual health.”

With ignorance around sex so prevalent, people are susceptible to STIs and unplanned pregnancy which is why it is so important to teach sexual education to both boys and girls. This lowers the strain on people faced with tough decisions regarding their families.

Students should know there is access to contraceptives, protection, treatment for STIs and abortions on campus are available for those who need it, Baker said.

Abortion has also come to light in recent weeks because of the appointment of Brett Kavanaugh to the U.S. Supreme Court. With access to safe, free and legal abortion in danger, awareness of the ways to limit unplanned pregnancy remains an important topic that requires openness and dialogue.

While the potential of ending another living being’s life is a tragedy in itself, putting an innocent child through hell is much worse. Women have the right to decide what grows in their bodies and what doesn’t, and as a society we should support them because their right to choose makes us stronger as a whole.