Skeleton army is on Pullman’s horizon, threatening revolution of bones within us 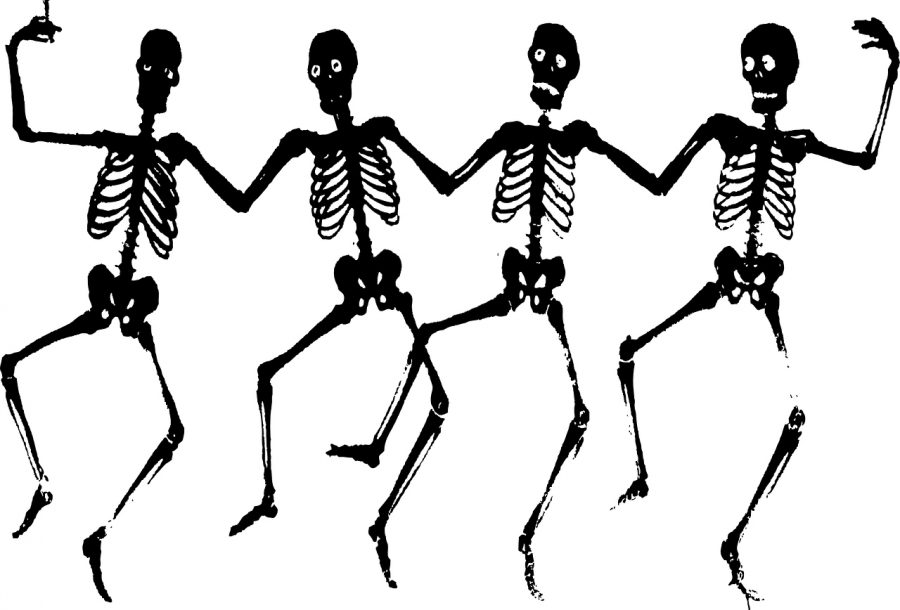 Beware of the skeletons, who are armed with brass instruments and ready to steal your marrow.

Every WSU student knows October is a festival full of frightful fiends, but the scariest problem that arises out of the grave, is something that lives inside of every student: skeletons.

Armed with trumpets and a horrifyingly distinct lack of flesh, skeletons come back time and time again. Not only are skeletons fearful warriors, but they display a masterful understanding of online propaganda techniques, rivaling even Russian hackers.

This is clear through the various memes they spread. Impressively, despite the internet’s attention span being shorter than that of a dead goldfish, skeletons manage to resurrect their memes from the dead every October and gain more calcium-obsessed followers.

With their ranks constantly increasing, the fearsome and renowned skeleton army has set its sights upon Pullman. This is the home for thousands of young and potentially strong skeletons. Therefore, winning Pullman (and, by connection, WSU) would be a major victory.

Unfortunately for the skeletons, Pullman is literally in the middle of nowhere. As a result, they have struggled to brave the wheat fields and make it to the Promised Land. However, recently a group has formed on campus to try to assist the skeletons in hopes of expanding their army.

“I created this group so that the skeleton army can gain more support,” Honesto said. “I wholeheartedly support the skeleton army’s mission, which is to spook everyone … sure, they also want to suck the marrow out of your bones, but it’s a sacrifice worth making.”

“On this campus, I see blatant skelephobia every October — stereotyping skeletons so they become nothing more than a milk-addicted trombone player,” Toni said. “I want to help people learn how to proudly embrace the skeleton they have inside of them.”

She added that, by hating the skeleton army, you’re hating yourself.

While the club has made some money to go toward the bone-y battalion, members still struggle with fundraisers. Critics say it’s because of the anti-human posters the Spooky Scary Skeletons put up, although Honesto denied the posters being the reason for the many unsuccessful fundraisers.

Instead, he claimed the real reason for their failure was because people can’t accept their inevitable doom and assume they’ll live forever. Honesto said “it’s a Band-Aid that should just be ripped off.”

While it is certain skeletons will eventually make their way to Pullman, it will likely not be for many more years.

For those wondering how to fight against the skeleton army, experts say it starts within. Show your skeleton who’s boss by breaking a few of your bones. A great sacrifice is necessary for a great victory.