Dealing with chronic pain in college

Those who suffer migraines deal with raised chance of mental disorders, lack of support from insurance 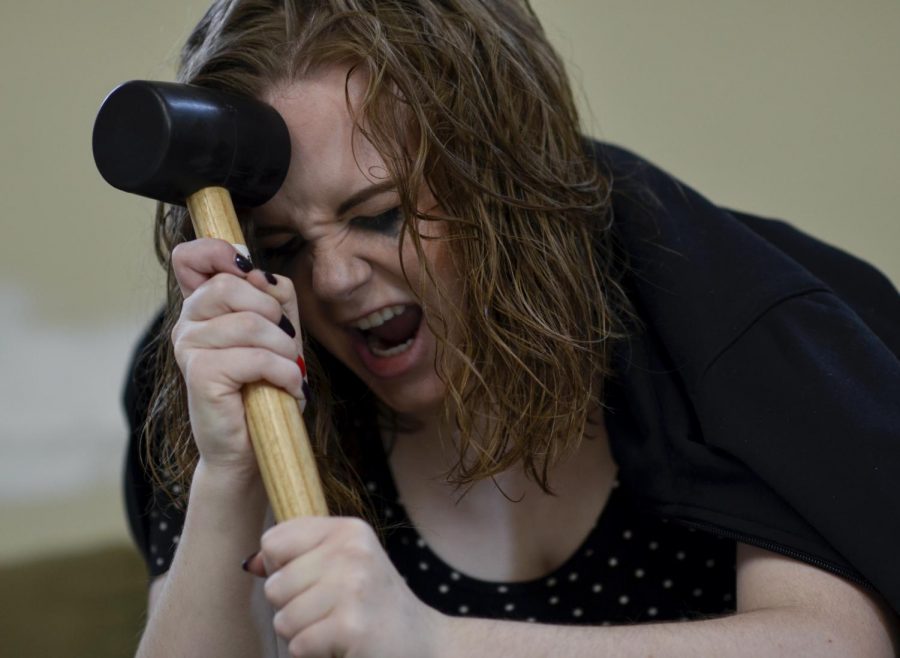 “At the peak of the pain, I feel as if someone is smashing a hammer along my skull and eye socket from the inside out.”

College is hard: as a pre-law student taking 18 credits a semester in the hardest part of my college career, I’m always stressed.

I have two papers due every week, I support myself as much as I can with my job, I try to keep my friendships and relationships afloat and of course I deal with family drama just as everyone else does.

I also deal with chronic migraines — searing pain every day without reprieve. College is already hard, but with chronic pain it’s harder.

A migraine is an “incapacitating collection of neurological symptoms that usually includes a severe throbbing recurring pain,” according to the Migraine Research Foundation. Chronic migraines are defined as headaches on more than 15 days out of a month.

At my worst, I consistently experienced three separate hour-long migraines per day every day for about two weeks. My new normal is one per day, every day.

Migraines are different for every person who suffers from them, and while the pain lies on a spectrum, they are not just bad headaches. For example, mine always start on the right side at the back of my neck and move upward. At the peak of the pain, I feel as if someone is smashing a hammer along my skull and eye socket from the inside out.

The problem with migraines is that their causes remain ambiguous to most chronic pain researchers. Groups like the Migraine Research Foundation continue to search for a cause or cure, but nothing has been confirmed. The most recent research leads doctors to believe that migraines are a neurological disorder involving brain chemicals and nerve pathways, according to the Migraine Research Foundation.

And the cause is still unknown.

Chronic pain in general is also incredibly common. It stands as the leading cause of long-term disability in the U.S., according to healthline.com. Over 100 million Americans are affected by chronic pain, which is defined as pain that lasts longer than 12 weeks.

Charissa Chappell, University of Idaho senior English major, said she suffers from chronic lower back pain due to three herniated disks in her spine. This keeps her from being able to sit or stand for periods of time longer than 15 minutes without pain shooting down her left leg.

“I have to sit in the back of all my classes, so I can stand up every once in a while,” Chappell said. “It’s embarrassing. I feel like a distraction and the weird girl who has to stand up during class, but I don’t have a choice.”

It doesn’t help that treatments dealing with migraine and chronic pain relief are hard to come by for young sufferers. Most are only covered by insurance companies if the patients are older and have suffered for years, even decades.

“I’ve tried cortisone shots, physical therapy and seeing a chiropractor and none of that helps in the long term,” Chappell said. “Surgery is my only real option, but no doctors will do it because I’m so young.”

Botox injections were approved for the prevention of chronic migraines in 2010, according to the American Migraine Foundation. The Botox is injected around pain fibers in the head and neck and prevent the release of chemicals that cause pain, preventing and lessening the migraines, but this kind of treatment is not easily available to those who haven’t suffered for decades.

Prescription medications and some over-the-counter medications can be beneficial, but because there is little knowledge about the cause of migraines, there are few treatments.

I’ve taken several medications and after using them for more than two months with some success, my migraines have always come back stronger. Pain, new medication, brief relief, worse pain. I’ve dealt with the same cycle for four years.

Children and adolescents who suffer from headaches, fibromyalgia or other chronic pain throughout can end up with mental health disturbances such as anxiety and disruptive and depressive symptoms, according to a paper published on Clinical Pain Advisor’s website.

I’ve noticed even in myself that my depression and anxiety has worsened over the years. Recently, I started to think of myself as a shell of a person being held together by caffeine.

My personality was sucked away by the migraines. I am tired and in pain all the time. I’m no longer myself.

Dealing with chronic migraines in college is one of the hardest challenges I’ve ever faced. Throughout this challenge, I’ve found some ways to cope that have helped me deal with the pain both on and off campus.

My migraines get worse with light, so if I have a migraine while on campus and can’t leave due to class, I hide in a nap pod in the Chinook. Finding a place to hide away from your dorm room or apartment will be immensely helpful in dealing with the pain. It’s helpful to identify the trigger of your pain and find something on campus without that.

Chappell said she manages her pain by focusing most of her life around keeping it subdued. She makes dinner plans that allow her to sit down halfway through or won’t take more than 20 minutes of standing.

“I put myself in situations where I can keep the pain in control,” she said.

Sometimes medications won’t be able to help enough and you’ll need to look for other options. For migraines, some essential oils can be really helpful. I have a blend of lavender and a few others that promote relaxation and help reduce my pain. My shoulders are also often tense, causing more headaches, so I regularly bathe in temperature-based pain relief packs.

I’ve also found the placebo effect works for me — if I think a treatment or new holistic approach helped my migraines, sometimes it does. A cup of coffee worked for me most times when I thought I was low on caffeine or something sugary helped when I thought my blood sugar was low. The mind is powerful and sometimes just thinking something will help is enough.

The most important thing in dealing with chronic pain of any sort while in college is finding a way to deal with it that works for you. If WebMD tells you a certain treatment should work, and it doesn’t, try something new and keep trying until something does. Pain sucks, but it will go away.