Get a beneficial Halloween mask to stay healthy

Preventing disease is easy by following few simple steps, getting vaccinated against flu 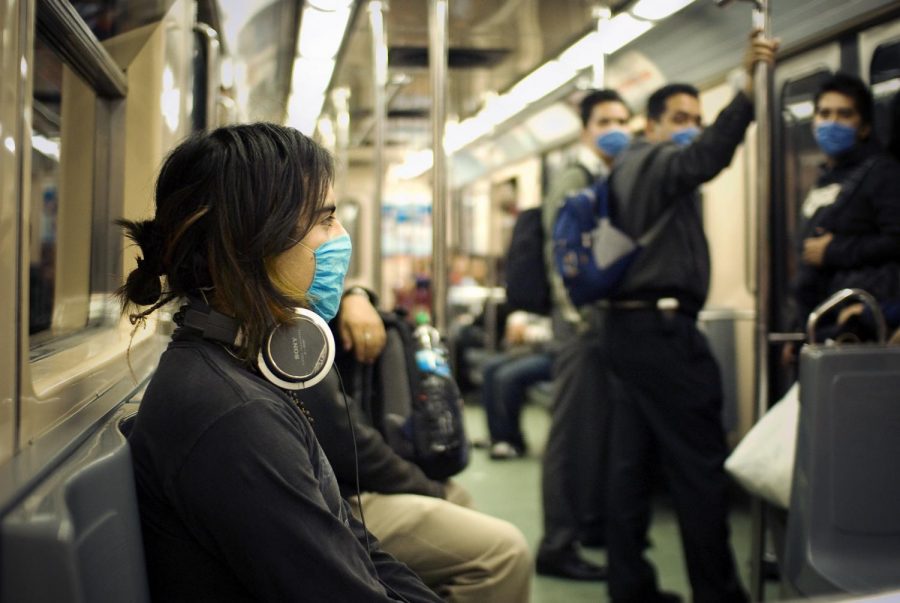 Do everything possible to stay healthy during flu season. Being sick can affect your studies and you risk spreading illness to coworkers, roommates or friends.

There are few experiences more excruciating than suffering through sickness. Through fever, congestion, soreness or a plethora of other perhaps more volatile symptoms, most people living outside of a bubble have had some illness strong enough to incapacitate them for several days.

The students and faculty at WSU certainly have.

For the last couple of weeks here on campus, one couldn’t enter a lecture hall without hearing a hack or a cough to punctuate a professor’s lesson. Viruses catch on here that impair every person they infect, spreading the suffering to more and more people.

While more serious viruses are typically less common here, there is always the chance another strain comes through. Of particular concern is the spread of influenza, or the flu as it’s more commonly known.

Coming at regular intervals year-round, the flu comes in types A, B and C, cumulatively affecting over 20 percent of the population each year, according to WebMD.

While A is primarily contracted by animals and C has less severe symptoms than any, each will still put a damper on any weekend plans.

“The strains of influenza that circulate each year changes, therefore making it important to get a flu shot every year as the vaccines are made to target these strains,” said Marsha Turnbull, WSU’s health education administrator.

Even if you’ve been sick before or have gotten a shot sometime in the last couple years, there’s still a good chance you’ll be catching a new sickness in the coming weeks, but those numbers can be curbed with some simple changes.

Flu season is a regular, expected occurrence and is planned on and prepared for at medical centers nationwide, including the Cougar Health Services clinic here on campus. Flu shots will be available from them, with most insurances covering the cost, every Friday until Oct. 26.

But even those can take too long to take effect.

“It takes up to two weeks from the time of getting the flu vaccine to build immunity to the flu,” Turnbull said.

Even if you were to get a flu shot at this very moment you’d still be just as likely to get sick before immunity, with possibly milder symptoms.

For staying healthy and able, there are of course general rules. Hand washing, not sharing drinks or eating utensils with others and not touching one’s eyes, mouth and nose help prevent illness of any kind, according to the Centers for Disease Control.

But these practices aren’t always under your control.

The most sickening part of the last few weeks has not, surprisingly, been the disease, but the number of people who simply don’t bother with certain common courtesies. When someone sitting in plain view coughs or sneezes and makes no move whatsoever to cover their orifice and instead just directs it at the ground, it can spread disease.

For both those shooting their diseased breath into the air and those wanting to avoid it, the best course of action is to follow all of the above health tips, as well as one other: use a disposable mask.

Whether you’re sick or not, a mask will help prevent illness from spreading. By catching moisture before it can enter or exit your respiratory system, most diseases’ primary means of transmission is stopped, according to an article by Health.com.

So, in the spirit of Halloween, wear a mask this season. It might just be what keeps you from the true Halloween horror — contagious disease.