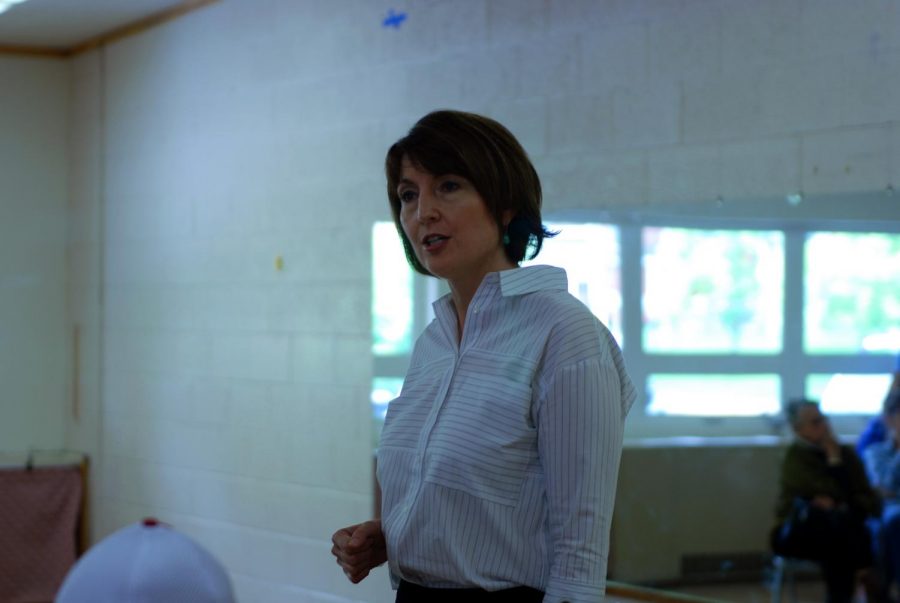 Cathy McMorris Rodgers, R-WA, answers questions during a town hall at the Pioneer Center in Pullman on May 31. Rodgers is running for her seventh term as 5th District representative.

Cathy McMorris Rodgers, the six-term Republican incumbent representing Washington’s 5th Congressional District, faces Democratic challenger Lisa Brown in the most expensive and closest race she has faced in her time in Congress.

Rodgers said she seeks a seventh term in Congress because of the current state of politics in America.

“From top to bottom, America is currently experiencing a trust crisis,” Rodgers said. “We see it on TV, we see it on social media and elected officials who have lost sight of their mission, which is we the people.”

One of the pillars of her campaign is to focus on providing opportunities for Eastern Washington residents, she said.

“I want everyone to believe they can live the Eastern Washington dream, which is to be able to grow up in this beautiful corner of the world and enjoy our quality of life and attend one of our great universities and colleges, then find a good paying job,” she said.

Another priority for her campaign is to help more people afford health care, she said. She plans to draft laws that would allow people to purchase insurance across state lines, increase transparency and lower drug costs.

“I don’t think that it is fair that individual families and small businesses continue to see double-digit premium increases,” she said. “We need more transparency of costs and we also need more options.”

Rodgers also said she was proud to have led efforts to allow students in medical schools to perform their residencies in rural and underserved areas.

She said that while tuition is largely determined by state governments, she believes Washington state needs to “reinvest in higher education.” She also said Brown had helped cut education funds when she was a state-level representative.

“I think that the state needs to reinvest in higher education,” Rodgers said. “The State of Washington pays a much lower percentage today than it once did, and it was my opponent who cut budgets drastically for higher education while she was majority leader.”

As for the farm bill, she said Congress is on track to have the renewal signed into law by the end of the year. She said her specific areas of focus for the bill have included research and insurance.

“My priorities in the farm bill have been research at places like WSU so that our farmers remain competitive and cutting-edge,” Rodgers said. “Crop insurance and market access programs, which is opening up markets for our farmers to export their product around the world.”

If reelected, she said she wants to prioritize issues important to Eastern Washington residents and to listen to her constituents and continue to work to help them in D.C. She also said her experience in Congress, having 10 bills passed this term by the House of Representatives and five of those signed into law, make her the better candidate for the district.

“I have delivered results on the issues that matter the most,” Rodgers said.