Officials expect event to be similar to other big weekends, taking necessary precautions 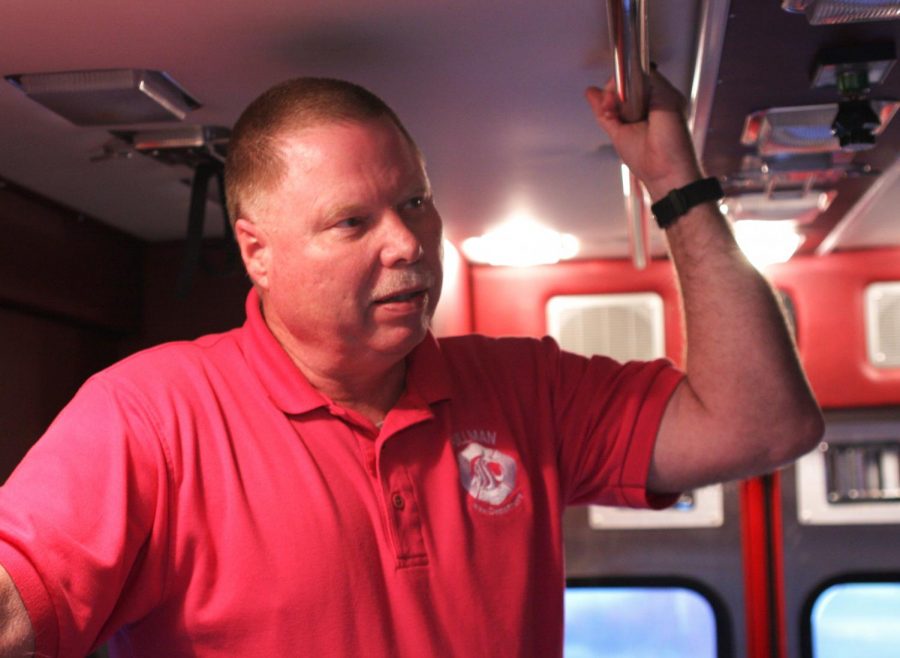 As College GameDay’s broadcast approaches, Pullman first responders are preparing for what is set to be a big weekend for Pullman.

“We’re not doing a whole lot different,” Pullman Fire Chief Mike Heston said. “Our motto is be prepared for anything.”

Heston said this weekend is high profile, but the number of people in town will not be that much more than a concert or Dad’s Weekend.

“This is really pretty typical of a big weekend for us, the dynamics are all the same: big crowd, lots of partying, everybody’s excited,” said Chris Engle, Pullman Police Department detective.

He said the fire department will staff people from around 5 to 10 a.m. Saturday at College GameDay as well as the football game to respond to first aid calls. Heston said 90 percent of the calls they respond to are alcohol related.

College GameDay had on impact on the town before the crew even arrived in Pullman, he said.

Heston said they do not want to interfere with people’s fun, but their job is to maintain a safe environment for students.

Pullman PD will largely focus on the events before and after the game, Engle said, because WSU Police Department will cover College GameDay.

He said they are not treating this weekend much differently than any other weekend.

“Basically [we’ll] just have additional officers out there to be able to respond to calls for service,” he said.

They are expecting more traffic issues, like accidents or reckless driving, due to more people being in town, he said.

Pullman PD will coordinate with WSU PD to handle this weekend, Engle said. They will also make the Whitman County Sheriff’s Office and Moscow PD aware in case they need assistance.

“We are looking forward to everybody enjoying the weekend and having a good time in our town,” Engle said.