WSU volleyball will host No. 14 USC Friday, No. 20 UCLA Sunday 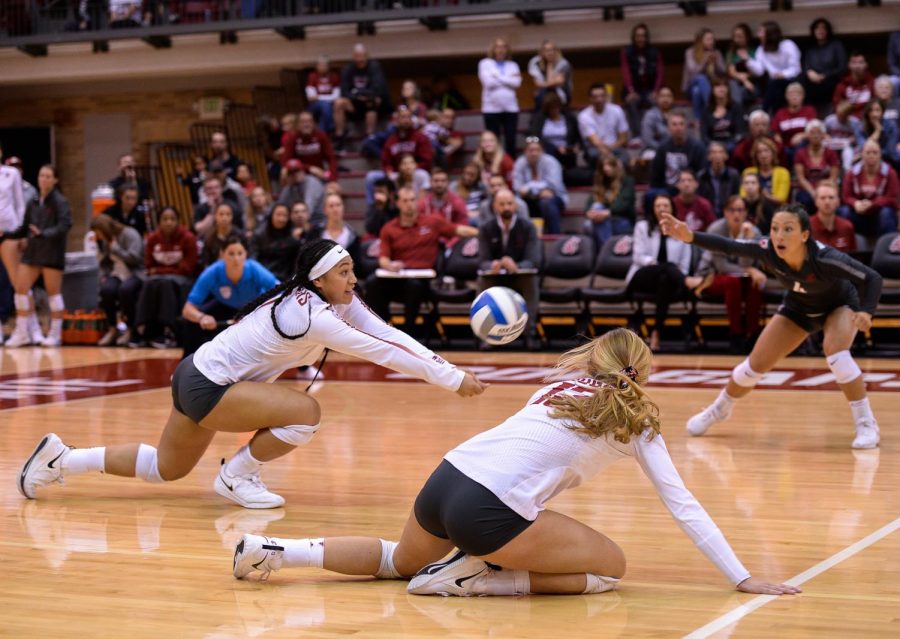 Sophomore outside hitter Penny Tusa attempts to receive a strike from University of Colorado on Sept. 30 in Bohler Gym.

No. 23 WSU volleyball is back in Bohler Gym this weekend hosting two more ranked Pac-12 opponents. The Cougars (13-5, 4-4) will host No. 14 University of Southern California and No. 20 University of California, Los Angeles.

WSU will look to get back to the winning way and stay perfect at home as the team is currently 5-0 in front of the home crowd this season. The Cougars suffered two losses to No. 2 Stanford University and the University of California, Berkeley, on the road last weekend.

Head Coach Jen Greeny said that like always, the Pac-12 Conference is a difficult one to play and especially on the road. After playing the two Arizona schools, the team had a quick turn-around to face those teams in the Bay Area, and the results weren’t what they wanted.

“Stanford is such a tough team and then it was a disappointing loss at Cal,” Greeny said.

Greeny said the team playing against the Golden Bears without senior outside hitter Taylor Mims hurt, but people stepped up.

Sophomore outside hitter Penny Tusa and senior outside hitter McKenna Woodford both stepped up and had career nights with Mims gone. Greeny said to win on the road in the Pac-12, they have to have more than just two players playing well.

“Everybody else needs to step up this weekend,” Greeny said.

She also talked about having consistency as a team through the entire match, for both matches. WSU often excels at some skills and struggles with others, Greeny said, but she wants everything to come together.

She said the team is working in practice to become more consistent in every area, whether that is serving tough, passing, blocking or any aspect they need to improve.

She said USC and UCLA are two very difficult teams to face. They are both well-coached, she said, with great athletes.

Preparing for the two teams will prove a difficult task for WSU because their styles of play are very different, Greeny said. At that point, she said they just really need to go back to what they are doing and make sure they serve tough.

The Cougs are excited to get back to playing at their home court, Greeny said, and hope the excitement from College GameDay being in town for football carries into Bohler Gym.

“Hopefully Bohler Gym will have a great home-court atmosphere for this team this weekend,” Greeny said.

WSU comes into the game with the all-time records against both schools not in their favor. The Cougs have a record of 14-50 facing USC and 9-54 facing UCLA.

The team will look to end its two-match losing streak when hosting USC at 8 p.m. Friday and UCLA at noon Sunday, both in Bohler Gym.