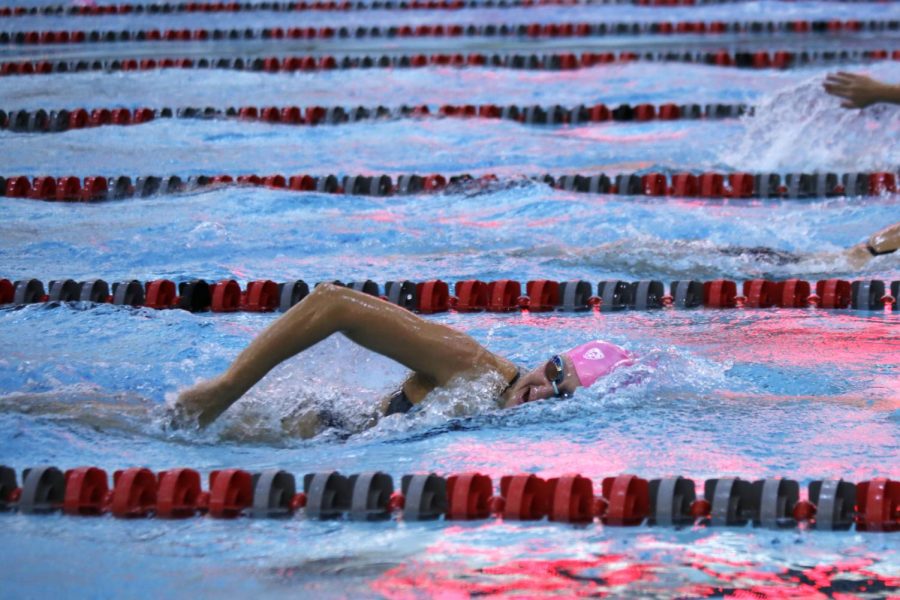 The WSU swim team will travel to the other side of the border on Saturday to take on University of Idaho at the UI Swim Center. WSU (1-2) and Idaho (0-1) are both coming off tough losses against defending Mountain West Conference champion Boise State University.

In its first home meet of the season, Idaho lost to Boise State 171-118. Even though the Vandals suffered a tough loss, they still managed to post several faster times in their first event of season than the same time last year.

“We like to compare apples to apples and we were much better this weekend than we were a year ago at this point,” UI Head Coach Mark Sowa said.

Also following her lead of veteran leadership, junior Aimee Iwamoto took third in the 100-yard breaststroke with a time of 1:06.56.

In WSU’s 151-108 loss to Boise State on Sunday, WSU also managed to put up some impressive competition against the reigning champs. While Idaho used its veteran strength to assert itself, WSU’s underclassmen took control in their meet.

“I think we did amazing honestly,” Fountaine said. “We’re all trying to work on our techniques right now so even if our times weren’t there, I still think the coaches are pretty proud of us.”

Also helping support the strong performances of the underclassmen were sophomore Taylor McCoy and junior Ryan Falk, who provided multiple top-three finishes. Fountaine managed to provide 16 points for the team while McCoy helped by adding 15 points she earned from her events.

“We really see our freshmen and sophomores really push the envelope and get better,” Leach said.

Both WSU and UI swam competitively against Boise State, and even though neither came away with the win, they will be looking to see who can post the better times when they leave the blocks 10:30 a.m. Saturday at the UI Swim Center.