Cougs will face off with Gonzaga Bulldogs at Bailey-Brayton Field 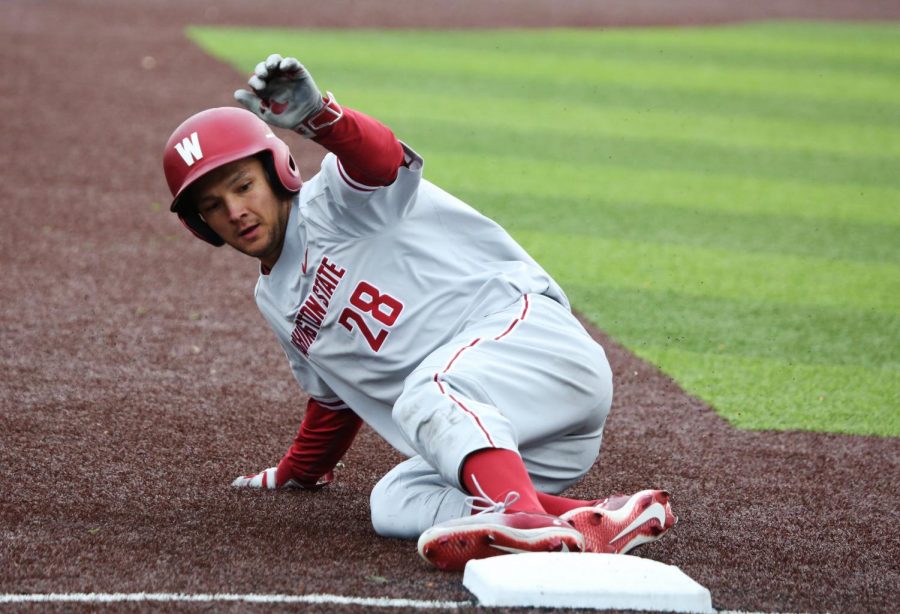 Sophomore outfielder Collin Montez slides to steal third base in the bottom of the seventh inning in the scrimmage against Central Washington University on Oct. 6 at Bailey-Brayton Field.

WSU baseball will face Gonzaga University on Sunday in its second scrimmage of the fall schedule.

Their first scrimmage was against Central Washington University, which the Cougars beat by a final score of 19-2. Head Coach Marty Lees said the team is much more advanced in all phases of the game, especially pitching.

He said they are able to throw a lot more strikes and execute fastballs to both sides of the plate, which then set them up for success with their second or third pitches as well.

“We’ve got older kids with a great mix of younger kids,” Lees said.

Good pitching really helps the team’s position players because when they see their teammates giving all they can pitching, he said, it forces them to want to be better at the plate.

Junior outfielder Danny Sinatro said the team is really excited for spring when the season actually starts, but they need to strive to get better each and every day.

“You have to take advantage of the time we have before spring and get after it,” Sinatro said.

Sophomore right-handed pitcher Hayden Rosenkrantz got the start against the Wildcats and said he was happy with his performance.

He pitched two innings and credited his arm feeling strong to the work in the weight room he did over the summer. He said everybody played well in their first scrimmage and that it was just good to be back on the field again.

The Cougs will look to keep improving as they face the Bulldogs at 1 p.m. Sunday at Bailey-Brayton Field.