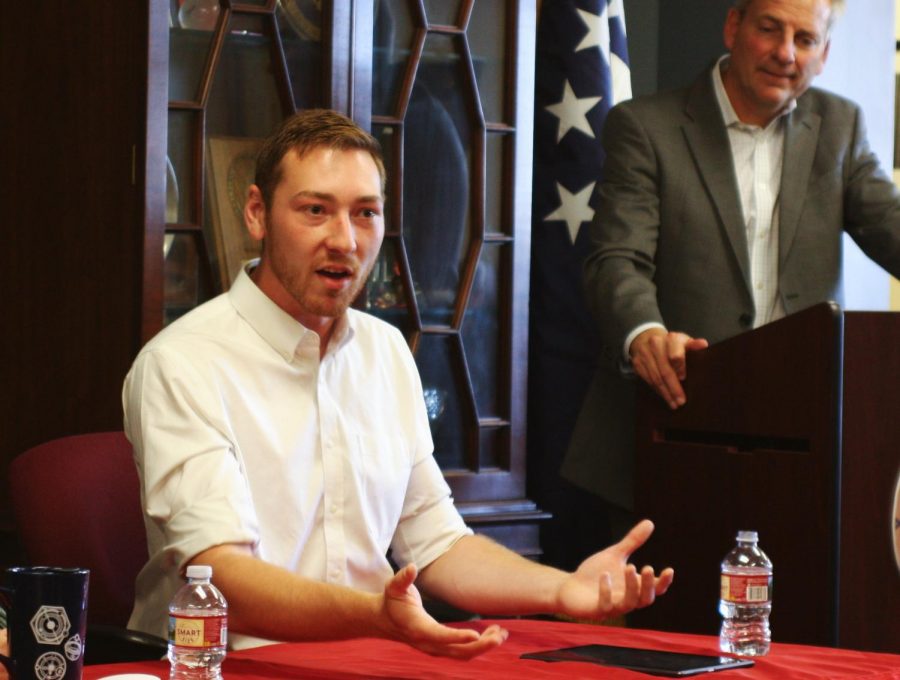 Matthew Sutherland, a 25-year-old graduate student at WSU and commissioned officer in Washington’s National Guard, is running as a Democrat for the state House of Representatives.

Sutherland said he was inspired to run because he believes it is time for a change in Washington’s 9th District.

He said the current representative and incumbent, Republican Joe Schmick, is not doing enough to listen to his constituents.

Maasberg said Sutherland is looking to lower the cost of health care and prescription drugs because it is something that affects everyone in Washington.

Sutherland said he has been personally affected by health insurance practices when his mother died of leukemia and his father was forced to declare medical bankruptcy.

“I want to make sure that we can bring health care for all to Washington state so that way you can go to a normal doctor and any licensed practitioner and be able to get the care that you need,” he said.

Sutherland said he wants to invest in Eastern Washington’s economy through renewable energy and infrastructure jobs. He said this includes roads, broadband internet and wind and solar energy.

“I want to make sure that we have what we need here in Eastern Washington, that our roads, our bridges, our buildings, are taken care of,” he said.

Maasberg said Sutherland wants make sure education in Washington, from preschool to high school, is fully funded with consideration for classroom size, special education and competitive salaries for teachers.

Sutherland has not taken a firm stance on either Initiative 1639, which seeks to strengthen gun laws, or I-1631, which would implement a tax on carbon emissions.

However, Maasberg said after speaking with law enforcement in Eastern Washington, Sutherland is firmly opposed to I-904 concerning mental health training for law enforcement and the use of deadly force.