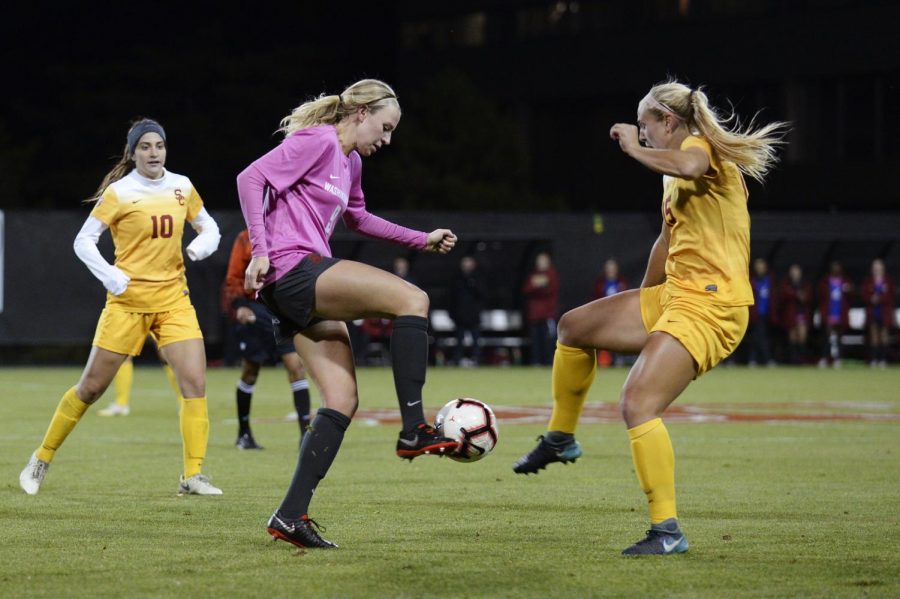 No. 22 Cougar soccer lost to University of Arizona 2-1 Sunday after dropping a match to Arizona State University on Thursday 3-1. These two losses added to their five-game losing streak, resulting in a 10-5-0 record.

WSU hasn’t lost five games in a row since 2010 when they dropped six straight.

After playing tightly with No. 2 University of Southern California last weekend, the Cougs headed to Arizona with high hopes of ending their losing streak.

The Cougars suffered their first loss of the trip to the Sun Devils. WSU freshman forward Molly Myers scored the first goal of the game but in the last 20 minutes ASU scored three goals to give the Cougs to their fourth loss of the season.

With another loss added to their record, the Cougars were looking forward to playing Arizona to earn a victory and get out of their slump.

Both teams took turns battling back and forth for a goal in the first half but neither team managed to put one in the net. Arizona held a strong attack as they fired off nine shots in the first half compared to the Cougars three shots.

The second half was played very competitively, however, all the scoring in the game was done within an 11-minute span. The first goal of the game was scored by Arizona junior defender Brynn Moga in the 61st minute.

Down by one, the Cougars quickly fired back in the 69th minute as senior midfielder Maegan O’Neill took an opportunity off of a broken throw-in play to score and even the game. This goal by O’Neill was her fifth goal of the season, placing her second on the team behind junior forward Morgan Weaver.

Despite goal by WSU, the Wildcats charged back down the field to score shortly after in the 72nd minute of the game. With this goal, WSU could not find a shot to tie Arizona resulting in another loss for the team.

In the end, the Cougars only put up seven shots and had three saves versus the Wildcats 15 shots and two saves. WSU has struggled on the road this season as they have lost four out of the seven games they have played away from Pullman.

The Cougars look to find success in their last three games of the season as they are all at home. WSU has only lost one game at home this season when they fell 3-2 against USC.

The Cougars will be back in Pullman 7 p.m. Thursday when they face the Golden Bears as they hope to break their losing streak.