Those who vape together, stay together 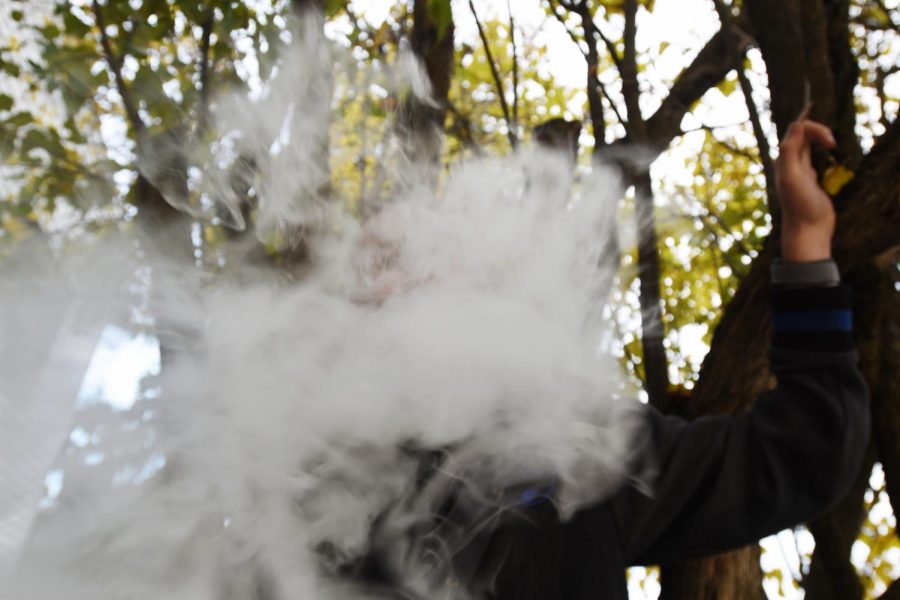 Climb a tree and go “vape sh-t” for nicotine.

Smoking and vaping nicotine was banned on the WSU campus in 2016, and since then everyone who partakes in these lung exercises has been hiding and getting stronger, and arguably cooler.

Vaping has become a cult and only those who possess the right swag can join. There have been various actions taken to ensure the cult will never prevail, but WSU’s ban is no match for the followers of Vape Nation.

Vape Nation is home to the fattest cloud rippers and the only way to stop them is to infiltrate their cult. Grab a mod, turn your flat bill snapback around and prepare to be diagnosed with a cool kid’s disease. At first this was a way for smokers to ease off cigarettes, but now only the coolest of the cool can get their hands on anything that chucks.

Glen Coco, a junior studying food science, admits that vaping is the only way he has been able to make friends. Without the support of the nation, he wouldn’t be in college or working toward his goal of becoming a successful restaurant owner.

“Before I started vaping I was alone and hopeless,” Coco said. “Just when I thought I lost it all, a hand reached out and gave me all the strength I needed.”

He said that ever since he received a vape, he made so many new friends and girls finally thought he was cool enough for a one-night stand.

Another WSU student named Hugh Mungus, a senior majoring in gender studies, has been a part of the nation since the beginning. Vaping has led to his success as a student and a party connoisseur.

“Here on campus everyone who smokes it up likes to meet in each other’s rooms and chill while we vape, but I won’t say where since we could get in trouble,” Mungus said. “Before anyone can join us, they have to prove that they’re worthy … I’m talking tricks. If you can’t do a trick, get out of my way.”

This new trend is one to be reckoned with due to the sheer size of the egos that make up the nation. The men and women who proudly spread the message of the nation are confident in their apparent skill. They vape anywhere they can in hopes of turning more hats around.

The Vape Nation is nothing to mess with — they are an unstoppable and growing force, according to Kevin Malone.

“My main goal is to spread the message of the nation, hoping more will join and learn about the experience that it provides,” Malone said.

Mungus said he sees it as just water vapor, so it must be better for you.

“It’s hydrating for you,” Mungus said. “I did read something on WebMD that said the juice can contain some ingredient used in antifreeze, but we’re gonna die anyway.”

Any use of products with nicotine or tobacco on campus is still prohibited and those who do vape on campus have a high probability of getting caught, but obviously the Vape Nation doesn’t care. The nation will fall like any other, but for now they’ll keep vaping and being cool.