Taking significance from culture during Halloween 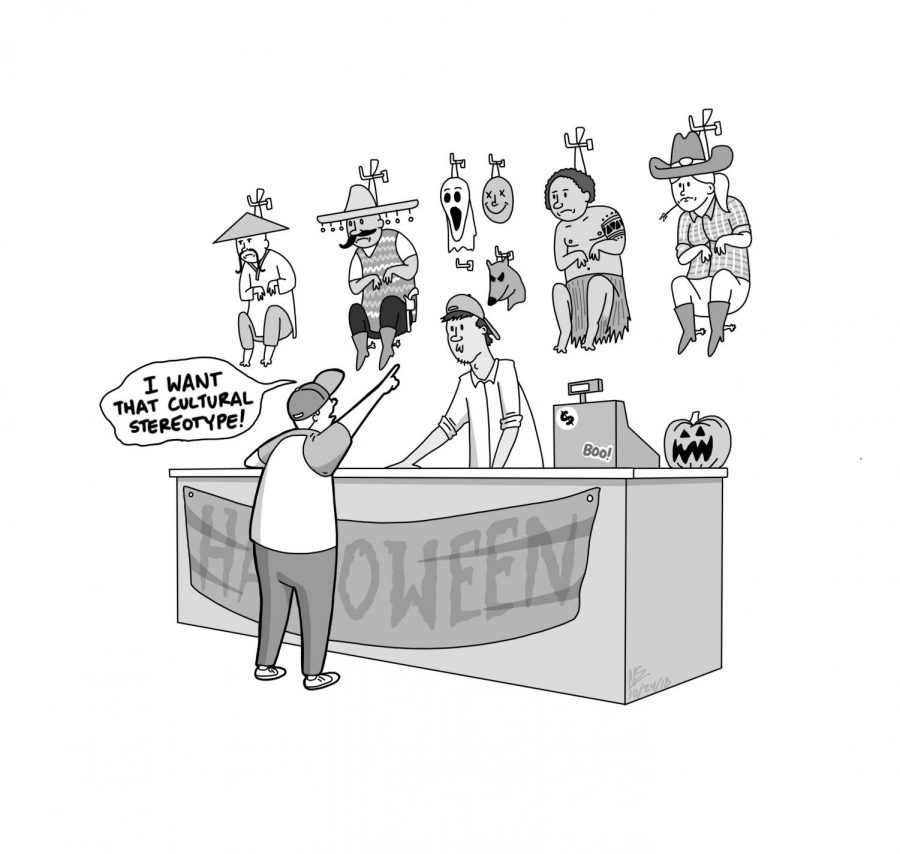 Choose costumes with care, and respect the significance of other cultures.

Halloween has evolved as a day when anyone can be anything, as opposed to the ritual Celtic festival it used to be.

Cultural appropriation is defined as “the act of taking or using things from a culture that is not your own, especially without showing that you understand or respect the culture,” according to the Cambridge Dictionary.

In a country such as America, which is known as a melting pot of different cultures, it can be difficult for some people to understand why cultural appropriation is perceived negatively or even exists as a concept. In a country famous for its diversity, it seems antithetical to America’s core values to discourage citizens from sharing their culture.

Michael Jaramillo, the Children of Aztlan Sharing Higher Education co-chair of Movimiento Estudiantil Chicano de Aztlan, said sometimes it is difficult to understand the difference between appreciating a culture and appropriating it.

“When you take the time to appreciate someone’s culture, you take time to acknowledge their history and know why people wear or celebrate certain things,” Jaramillo said. “When you appreciate [a culture], you’re being invited in to celebrate and participate in the culture.”

Jaramillo said that by reducing a culture’s clothing and traditions to nothing more than a fun costume for Halloween, it ignores the historical significance behind an activity or clothing item and becomes a costume for a holiday.

“Where people go wrong trying to dress as a Native American is that there was one point in time where dressing as an authentic Native American was illegal,” Lombard said. “There were times when we could not sing our songs, speak our languages and do our dances because it was literally outlawed by the government.”

The misrepresentation of a culture through costumes can be harmful because it perpetuates stereotypes and mocks the culture. Lombard said people of the culture being incorrectly portrayed get upset because they had to fight for their identity.

“I’ve come from a people who’ve been killed or hurt trying to do these things, and you’re just having fun with it over here for one day,” she said.

As for “sexy” cultural costumes, Lombard said they only succeeded in making her want to roll her eyes.

Cultural appropriation was and will probably remain a controversial topic. In America, where race issues still reign supreme, Jaramillo said it is a good idea to avoid costumes about a race or culture.