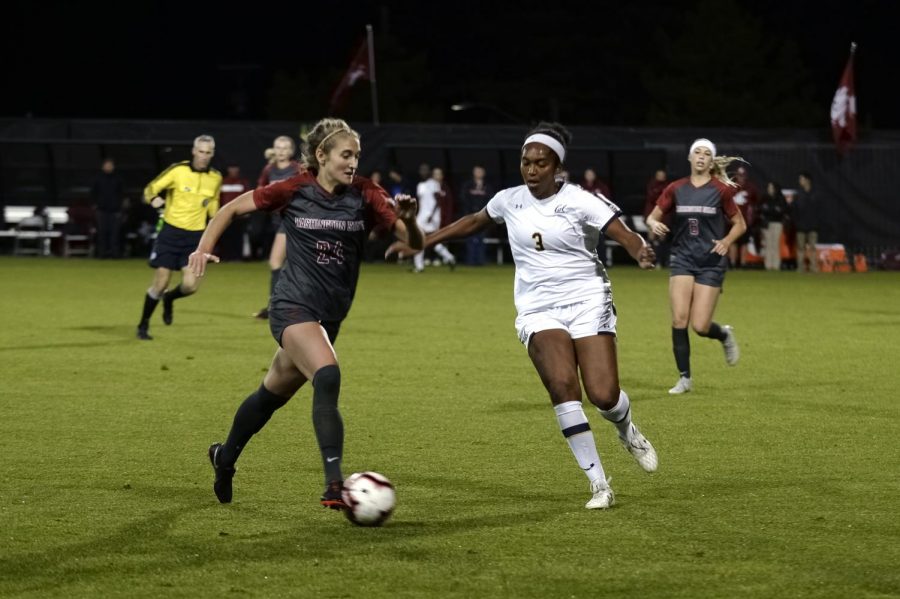 WSU soccer will play its final two regular season games at home starting with a matchup against No. 1 Stanford University on Sunday.

The Cardinal are 15-0-1 this season and are coming off a 2-0 shutout win over University of Washington on Thursday.

Stanford has defeated some of the best teams in Division I soccer this season including University of North Carolina Tar Heels and No. 7 University of Southern California.

The Cardinal have won two NCAA championships in women’s soccer, one in 2011 and the other last season. With a 23-1-0 record last season, Stanford is a swift kick away from possibly making it to the championship game again this season.

WSU on the other hand has been in a bit of a rut as of late. The Cougars won their first 10 games to start the season and were ranked as high as No. 7 this year before they dropped a match against then-No. 20 University of Colorado 3-1 to begin a five-game losing streak.

The Cougars just ended their losing streak against University of California, Berkeley, on Thursday. This was WSU’s first win since Sept. 30 and helped bolster the Cougars chances of making the NCAA Tournament which starts on Nov. 9.

“We needed it, we needed it really bad so now this puts us in the running for the tournament hopefully” senior defender Maddy Haro said after the game against Cal. “We have a big game against Stanford but we really focused on getting this win, we had to”.

The Cougars will go toe-to-toe with No. 1 Stanford 2 p.m. Sunday at the Lower Soccer Field. The game can also be seen live on Pac-12 Networks.