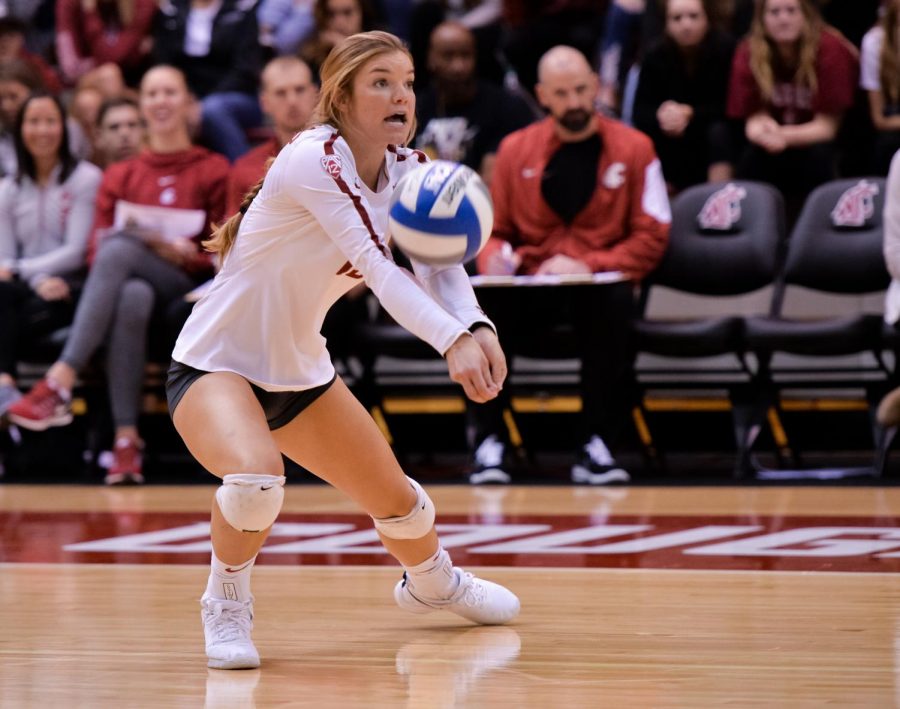 No. 19 WSU volleyball played University of Colorado on Friday in Boulder and the Cougars would leave with a 3-1 match victory over the Buffaloes to pick up their fourth-straight conference win.

The first set started with Colorado taking a 6-4 lead over the Cougs. WSU responded with a dominant six-point run that helped it gain and maintain the lead for the second half of the first set.

Colorado took its time but managed to start capitalizing on some key opportunities that helped close the six-point gap and tie the first set at 21. The teams went back and forth during the final few serves in the first set, leading to a 26-24 victory for the Cougars.

WSU managed to maintain its control and offensive efficiency throughout the second set where it took another set victory 25-22.

Colorado did not go quietly in the third set though as WSU’s offensive pressure was slowed down by the almost impenetrable wall made by the Buffaloes’ up-front blocking. With the number of kills slowing down for the Cougars in the third set, the Buffaloes were able to take their time offensively and set up prime positions for scoring when they needed to. This allowed Colorado to win the set 25-23.

After forcing a fourth set, the Buffaloes couldn’t keep the comeback alive. WSU took a dominant lead at the beginning and kept Colorado at bay for most of the set; however, the Buffaloes muscled its way back to tie the set at 22.

With the match almost in hand for the Cougars, it was time for WSU to step up offensively and finish the set. After a few good kills, the Cougars got to 25 and went home with a 3-1 victory over the Buffs.

Senior outside hitter McKenna Woodford racked up an impressive 22 kills to lead the Cougars. Sophomore outside hitter Penny Tusa added 19 kills and redshirt junior middle blocker Jocelyn Urias had eight kills and lead the team in blocks with six.

Junior setter Ashley Brown also managed to provide 43 assists and 21 digs to help keep the Cougars involved in every set during the match.

WSU will host University of Arizona at 7 p.m. Friday in Bohler Gym.