Fracking will lead to disaster 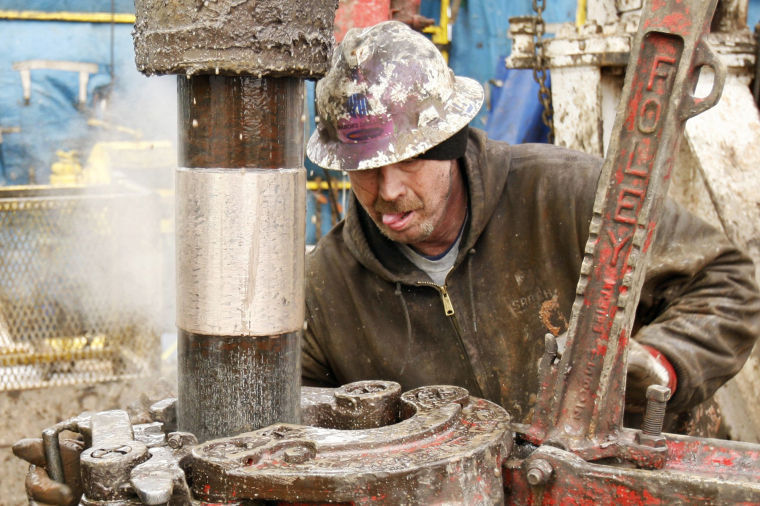 Deckhands on a Sandridge Energy oil rig change out a drill pipe during a fracking operation on the Oklahoma border in Harper County, Kan., Feb. 5, 2012.

On Feb. 24, VICE reported that Exxon Mobil CEO Rex Tillerson joined a lawsuit to prevent a fracking water tower from being built near his estate in Texas.

The CEO of a major energy company is trying to stop energy development in his neighborhood. The phrase “not in my backyard” has never seemed so fitting.

For those not in the know, fracking is a process of extracting oil from shale rock beneath the surface of the earth. A high pressure mixture of water, sand and other chemicals are injected into the rock in order to extract the fuel within it.

Having grown up in an area where fracking is widespread, I have several issues with this practice.

When it comes to water contamination, fracking can cause serious issues. In the 2010 documentary “Gasland,” filmmaker Josh Fox goes across the country and documents individuals who can set the water that comes out of their faucet on fire.

In the film, the people affected say this was caused by drilling contamination. Thanks to legislation passed in 2005, fracking chemicals are exempt from the Clean Water Act and oil companies do not have to disclose what chemicals they use.

Now, to be fair, Loren Salsman of Dimock, Pa. (one of the towns highlighted in Fox’s film) claims that Cabot Oil & Gas treated him marvelously when his water supply was contaminated in 2009.

In a piece on energyindepth.org, Salsman discusses how Cabot gave him free water when his supply was contaminated and how he was very impressed with individuals at the company who had to deal with him and his issue caused by their industry.

The contamination should never have happened in the first place, though. Companies should never get to the point where they have to help someone who was affected by a disaster caused by their work. I’m against reckless and unsafe extraction of oil. Companies like Cabot Oil & Gas need to be held to higher standards and be made to follow more rigidly enforced rules. No one should have to have water delivered to their home. This is not 1866.

Also, the fracking process may be linked to minor earthquakes. Last month, The Wichita Eagle reported that Kansas Governor Sam Brownback appointed a panel to study whether the oil industry was behind a series of small earthquakes that have begun to plague the state. Due to this concern, members of the Los Angeles City Council have taken steps toward banning the practice in the city.

The last thing I or anyone else would want is for a major earthquake to be triggered in the west. The resulting catastrophe would cause untold damage to the area.

I have no problem with oil exploration, but energy companies like Mr. Tillerson’s need to move away from this dangerous practice and be more willing to follow tough rules. Yes, they will whine about how new regulations will affect their profit margins and complain that the federal government is smothering them, but it must be done.

-Evan Pretzer is a junior communication major from from Weyburn, Saskatchewan. He can be contacted at 335-2290 or by [email protected] The opinions expressed in this column are not necessarily those of the staff of The Daily Evergreen or those of Student Publications.