WSU moves to No. 10 in nation, receives top spot for second week 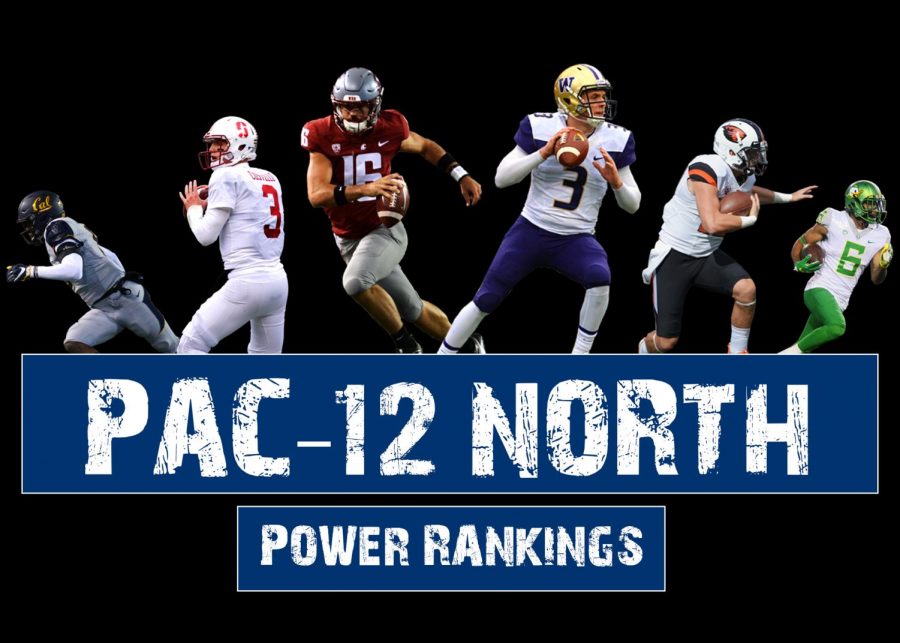 Here is how the Pac-12 North teams stack up after week nine.

Quarterback Gardner Minshew II had a big night, completing 80 percent of his passes en route to a 438-yard, three-touchdown performance. Minshew reclaimed the nation’s lead in passing yards, accumulating a total of 3,183 yards so far this season.

After allowing 28 first half points, WSU’s defense stood strong and held the Cardinal to only 10 points in the second half, allowing the top-ranked passing attack to climb back into the game. The Coug defense was key, staying steady in the second half and setting the WSU offense up in excellent field position after a first quarter strip sack of Stanford junior quarterback KJ Costello.

WSU trailed 28-14 late in the first half before taking a 38-31 fourth quarter lead. Stanford would tie the game with just under 90 seconds to play, but Mazza’s 42-yard field goal sealed the victory for the Cougs.

Stanford started quickly but was ultimately outmatched as it fell to WSU 41-38.

The Cardinal defense was a nightmare, allowing 497 total yards while forcing no turnovers. The defense held in the first half and allowed only 17 points, but couldn’t stop WSU in the second half, forcing only one punt and allowing four scoring drives in five opportunities. Stanford was outscored 24-10 in the second half.

Costello had a fantastic game, completing nearly 80 percent of his passes for 323 yards and four touchdowns. Costello led a clutch 10-play, 73-yard drive to tie the game at 38 with just under 90 seconds to play. However, an early first quarter strip sack led directly to a WSU touchdown and ultimately cost Stanford the game.

The Huskies’ Pac-12 title game hopes took a major hit in the East Bay, as Washington was stunned by the Cal Golden Bears 12-10.

UW started the game strong, scoring a touchdown on its first drive. Cal answered with two field goals of its own, shutting the Huskies down in the process.

The tides turned for the Bears in the second half as UW senior quarterback Jake Browning was benched and redshirt freshman quarterback Jake Haener threw a backbreaking pick six with one second left in the third quarter. UW would find a late field goal, but couldn’t pull even with Cal.

Browning was terrible in Berkeley, completing only 11 passes for 148 yards. He did complete a touchdown pass to open the game, but Browning’s performance ultimately hurt the Huskies and proved he can be a problem for the team.

Washington (6-3, 4-2) hosts Stanford on Saturday in a game the Huskies must win to maintain control over their own destiny.

Cal’s defense was dominant all night, allowing only a 26-yard field goal after giving up a game-opening touchdown. The Bears held the Huskies’ offense to 250 yards, Washington’s worst production all season. California produced only two field goal drives on offense, but that was all that was necessary when paired with the pick six and the 10 points allowed by their defense.

The Oregon collapse is officially here as the Ducks were dominated in the desert, losing 44-15 to University of Arizona.

Oregon started slowly for the second consecutive week, trailing at halftime 23-8. The deficit only grew as the Oregon defense could do nothing to slow down junior quarterback Khalil Tate. Oregon’s defense allowed 276 rushing yards and 465 total yards in the rout.

Junior quarterback Justin Herbert had one of his worst performances as a starter, completing only 50 percent of his passes for 186 yards. Herbert and the Ducks need to step up and save their season before it’s too late.

The Beavers stunned the football world, completing a 28-point second half comeback and defeating University of Colorado 41-34 in overtime.

Colorado jumped out to a quick 24-3 halftime lead and all seemed lost for the Beavers. Things quickly got worse when Colorado scored on a 75-yard touchdown run to open the second half, extending the lead to 31-3. The Beavers came alive after that run, scoring 24 unanswered points and ending regulation on a 31-3 scoring run. The Beavers would score a touchdown to open overtime and kept Colorado out of the end zone, claiming their first conference win of the season.