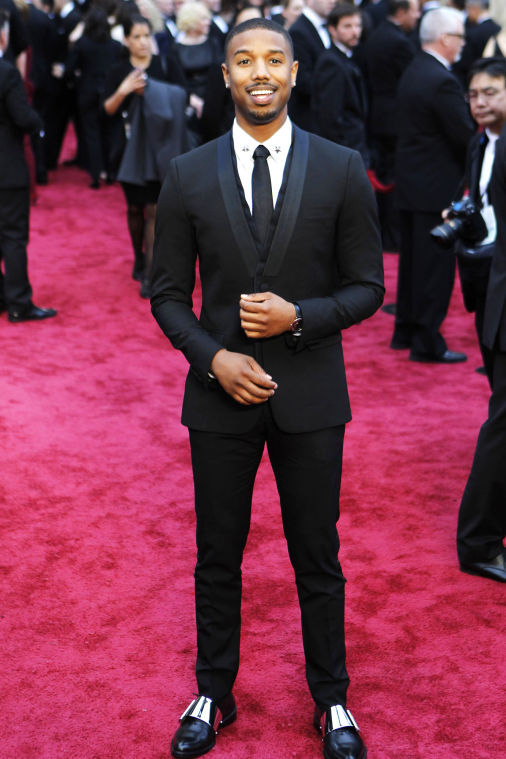 Michael B. Jordan arrives at the 86th annual Academy Awards at the Dolby Theatre in Los Angeles, Sunday, March 2.

Normally nothing from that studio would interest me, but one of the casting choices director Josh Trank made for the Fantastic Four movie caught my eye.

For the role of the Human Torch, Trank cast Michael B. Jordan. Jordan is a young African-American actor, and the Human Torch is traditionally a white character. You would think comic book fans would be thrilled by such a choice and they would be the last people on earth to be close-minded.

The ugliness of the Internet came out in full force to react to this news. From Twitter to forums on obscure websites, racists the world over seethed with rage at the very idea of a person of color getting the chance to play a hero in a film.

One user of Twitter wrote, “In the new Fantastic Four movie, Johnny Storm is a black dude and Sue Storm is a white girl. They are siblings. Good job Hollywood, PC dumbasses.”

That’s true; Jordan will share the screen with actress Kate Mara. They will play siblings Johnny and Sue Storm. Contrary to what that ignorant rube on Twitter would have you believe, multi-racial families are quite common in America today.

More than 4 million children in the United States have a multi-racial background, according to The New York Times. Trank is not being politically correct with his casting. He is being accurate.

If you thought that was idiotic, then you are right. Unfortunately, the stupidity of these racist comic book fans gets worse. In the name of fairness, some think black characters should be whitewashed.

No. It is not OK for a black character to be played by a white actor. It never is. The reason why is quite simple: African-American superheroes are written in such a way that they can only be played by African-American actors. Basically, they are inherently people of color. A white actor could not play the role of the Black Panther because the character is an African monarch who uses his power to fight crime and threats to his homeland of Wakanda. Characters like Johnny Storm and Superman are different. There is nothing inherently white about them. As a result, anyone regardless of skin color can play those roles. The Black Panther and other minority superheroes like Luke Cage are different.

The bottom line is this: comic book fans need to stop whining and have faith that Josh Trank will make a good movie. I love the medium and think its stories are some of the finest literary work America has to offer. Superheroes preach inclusiveness and acceptance of those who are different. Their fans need to grow up and act in the same manner.

Also, I would rather have Jordan over Nicolas Cage. A performance from him would haunt my dreams for decades to come.

– Evan Pretzer is a junior communication major from from Weyburn, Saskatchewan. He can be contacted at 335-2290 or by [email protected] The opinions expressed in this column are not necessarily those of the staff of The Daily Evergreen or those of Student Publications.