Issue of mental illness should receive more funding, attention; budget is hypocritical in terms of objective 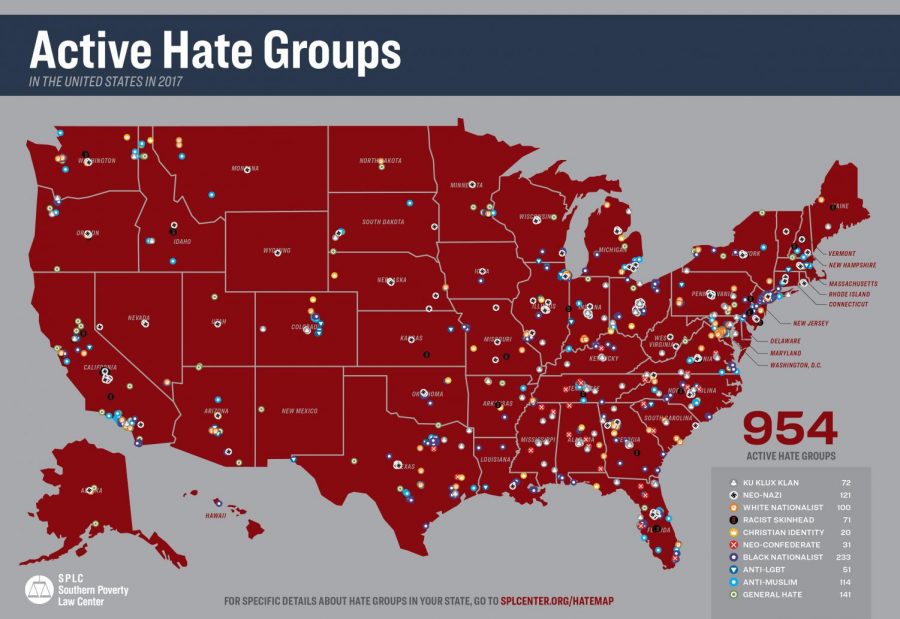 A history of statements and tweets implying violence against protesters, the media and other groups leads to an environment where radical and sometimes violent action seems encouraged. We must demand better of our elected officials.

EDITORIAL BOARD, The Daily Evergreen

This piece has been updated to clarify points made by the Editorial Board regarding the implications of statements made by President Trump.

Even if a person’s voice reaches a wide audience online, being once-removed from the messages people send out makes them feel like they exist only in an online space. There’s a disconnect between human beings and the politics they support. It’s not about helping the country, it’s about winning. This misconception also makes senders think their message will only be acted on in an online setting but for several key incidents, this is not the case.

When radicals, especially those with mental illness, are vindicated by mainstream voices, it encourages their views and emboldens them to take further action on them.

This has been the case with many radicals over the years but most recently with suspected mail-bomber Cesar Sayoc.

Sayoc was arrested Oct. 26 following a criminal complaint alleging that he was responsible for the series of potential explosive devices mailed to various Trump critics over the past week, according to The Washington Post.

Sayoc routinely showed his ardent support for Trump on social media. But he wasn’t always a supporter.

Those close to Sayoc said he had never paid attention to politics before Trump’s election, according to The Washington Post.

Ronald Lowy, an attorney for Sayoc’s family who spoke with the Post, said Sayoc’s mental health declined severely before the attacks. Trump’s messages about putting America first resonated deeply with him and anyone who criticized the president wasn’t just risking non-re-election. They now risked their lives.

Sayoc made a decision that political dissent by key Democrats was an offense punishable by death, so he mailed them bombs as a sort of favor to Trump.

This is the most dangerous part of what Trump says. It’s not the false and misleading statements. It’s the fact that the latent function of his statements and actions reinforce the implication that if you disagree with those in power, you shouldn’t have a free voice. This isn’t democracy. And with incidents like these on a steady rise, Trump’s attempts to limit freedom of the press is even more terrifying.

Both the FBI and Bureau of Justice Statistics reported a spike in hate crimes — most of which directed at individuals because of their race and ethnicity — in both 2016 and 2017.

This represents a 5 percent increase from the rates in 2015, according to a report on the Southern Poverty Law Center’s website. It’s not hard to bridge the connection between 2015 and 2016.

Trump doesn’t have loyalty to the American people. He has loyalty to himself and his brands. When he spews out rhetoric, it doesn’t matter to him what the impact is. He says what he thinks will gain him the most support, the same way he collects businesses and commodities.

His supporters don’t really matter to him, just as long as someone is paying attention. And someone was listening. Sayoc was listening.

White nationalists often identify with Trump, whether it is the president’s intention or not.

Trump has done little to discourage his supporters from violence and even less to support those with mental illness.

“If you see somebody getting ready to throw a tomato, knock the crap out of them, would you? Seriously, OK? Just knock the h-ll … I promise you I will pay for the legal fees. I promise, I promise,” he said in Cedar Rapids, Iowa on Feb. 1, 2016, the day of the Iowa Caucuses.

“When you see these thugs being thrown into the back of a paddy wagon, you just seen them thrown in, rough. I said, ‘Please don’t be too nice,’ ” he said in a speech to law enforcement officers in 2017.

Many defenders of these statements say Trump was clearly “joking.” But as leader of the free world, is that his place?

People watch and listen to him. And extremists like Sayoc, with clear mental health issues, cannot distinguish between these “jokes” and Trump’s blessing to attack dissenters. Trump knows better. He just doesn’t care, at least not about helping those who suffer from mental illness.

“The budget requests new investments to improve treatment for individuals suffering from serious mental illness,” according to the Budget of the United States Government, Fiscal Year 2019.

Despite this, the same budget would cut funding for the National Institute of Mental Health by over 30 percent, from $1.6 billion to $1.1 billion, according to Bloomberg.

The budget also reduces spending for the Substance Abuse and Mental Health Administration by $665 million, according to National Public Radio.

It is the responsibility of an active populace to judge what our national values are and elect officials who will represent them authentically. According to the current government, we value hypocrisy, blind hatred of the “other,” incitement of violence, a muzzled press, domestic terrorism and a complete lack of genuine concern for our fellow citizens.

If this is an accurate representation of the U.S. to you, then keep doing what you’re doing and ignore it. If not, what are you doing to resist?

If we the people are to form a more perfect Union, establish justice, insure domestic tranquility and promote the general welfare, we cannot allow our leaders to encourage violence amongst U.S. citizens while simultaneously claiming the media is responsible for dividing the nation.