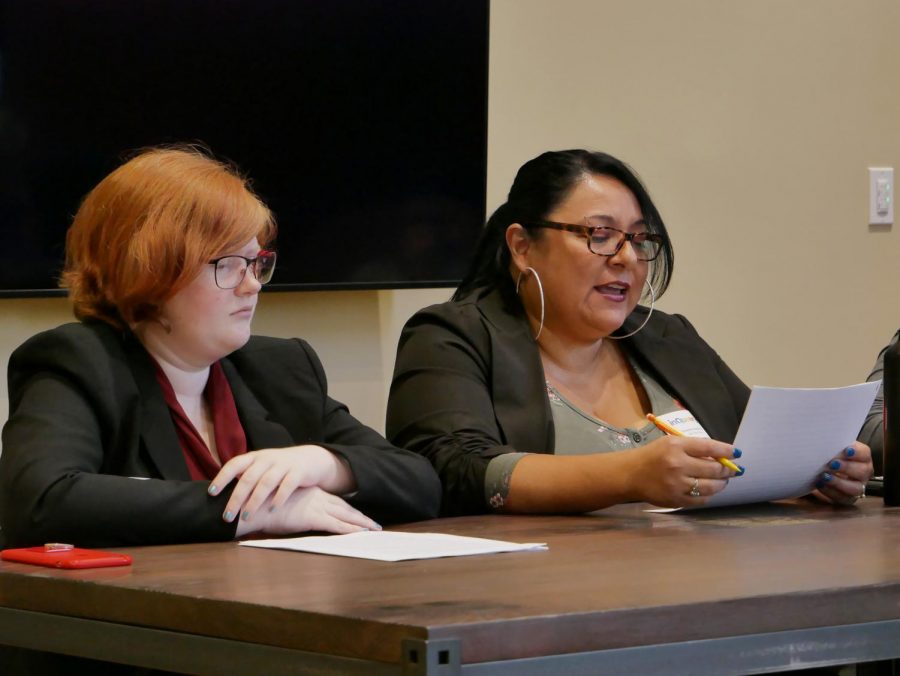 A keynote speaker and WSU students spoke about topics focused on LGBTQ+ issues at the annual InQueery Symposium on Monday night.

C. Riley Snorton is used to speaking about the two books he has authored about black sexuality, but this keynote speech was different, he said.

Snorton responded to the memo recently released by the U.S. Department of Health and Human Services arguing to define gender as what was assigned biologically at birth, he said.

“They want to take trans out of existence,” Snorton said.

He also discussed problems of contemporary transgender people, the relationship to the violent past of black trans people and Trans Lives Matter.

“Our survival has often been in spite of and opposition to the state,” Snorton said.

The symposium had two sessions of student panels where about a dozen WSU students presented papers about queer topics.

“This symposium gave me the space to listen and present queer scholarship on campus,” said Leah Wilson, author of the paper “ ‘Growing Sideways’: Michelle Tea’s Memoirs and the Queering of (Her)Story.”

The papers were about transgender mistreatment in the media, sexuality and gender-based humor in online gaming, analysis of “texts and contexts” regarding queer literature and more.

“I wrote this paper out of a place of passion,” said Shea Cooke, author of the paper “That’s so Gay!”

The InQueery Symposium originally started 10 years ago when students at WSU voiced their want for an event like this, said Linda Heidenreich, associate professor at WSU.

“Sexuality is a big interest of mine and I’m interested in the current research of queer studies,” junior Kimberly Chapin said.

There were about 70 people who registered for the event, plus the ones who showed up without registering online, GIESORC Director Matthew Jeffries said.

“This is advocacy through research,” said Munir Shah, graduate student intern at GIESORC. “We’re creating space for queer resources to be engaged in research and it is important for their academic voice.”

The Women’s, Gender, and Sexuality Studies program received a grant from the Pride Foundation to host a two-day event in 2009, Heidenreich said. Since then, they said the symposium has featured renowned keynote speakers in their respected fields.

This year the symposium was co-organized by GIESORC, the Women’s, Gender and Sexuality Studies program and the Office of Equity and Diversity.