Chance to hear ‘Back Home’ live 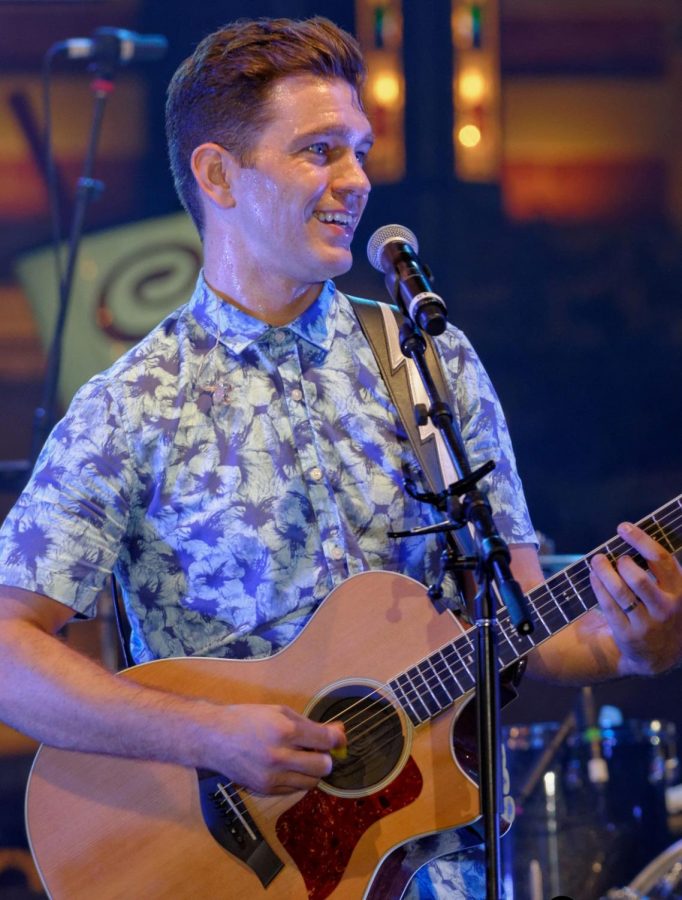 Andy Grammer, who sings pop hit and Cougar staple “Back Home,” will perform at WSU on Friday.

Andy Grammer, the singer behind the hit Cougar football anthem “Back Home,” will be performing at Beasley Coliseum for Dad’s Weekend on Friday.

Grammer is currently on his national The Good Parts Tour and will be making a stop at WSU for a special Cougar concert. Grammer will be performing for an hour and a half, preceded by a 30-minute headliner, Beasley Coliseum Director Leo Udy said.

“[Grammer] has a high energy show, he’s got quite a few songs that are popular on the radio pop charts right now,” Udy said.

Grammer is known for his pop hits “Fine By Me,” “Keep Your Head Up” and “Honey, I’m Good.”

His song “Back Home” is played at every home football game for fans to sing along with. The song is widely regarded as a representation of what Pullman is for WSU students and alumni: the home they will always return to. The student section can be especially loud and unified while singing “Back Home” after the first quarter.

“[It’s a] once in a lifetime opportunity to sing ‘Back Home’ with Andy Grammer,” Udy said.

“[Back Home] is going to be the coolest part … I hope he plays it more than once,” said Parker Griffin, a Cougar football fan known by many as “Sign Boy.”

He said he is excited to welcome Grammer for his first visit to WSU.

“I was actually surprised that [Grammer] hadn’t been here yet, like to visit a football game or raise the Coug flag before the game,” Griffin said.

Students and dads attending Friday’s concert will be experiencing once-in-a-lifetime entertainment because of the presence of the Coug spirit, Udy said. For WSU, Grammer represents the notion of always returning to your roots and staying true to Cougar values.

“Whenever [‘Back Home’] comes on, it’s just like a unification of Cougar pride, that’s probably the best way to describe it,” Griffin said.