Kent’s squad is full of fresh faces, will get first taste of competition 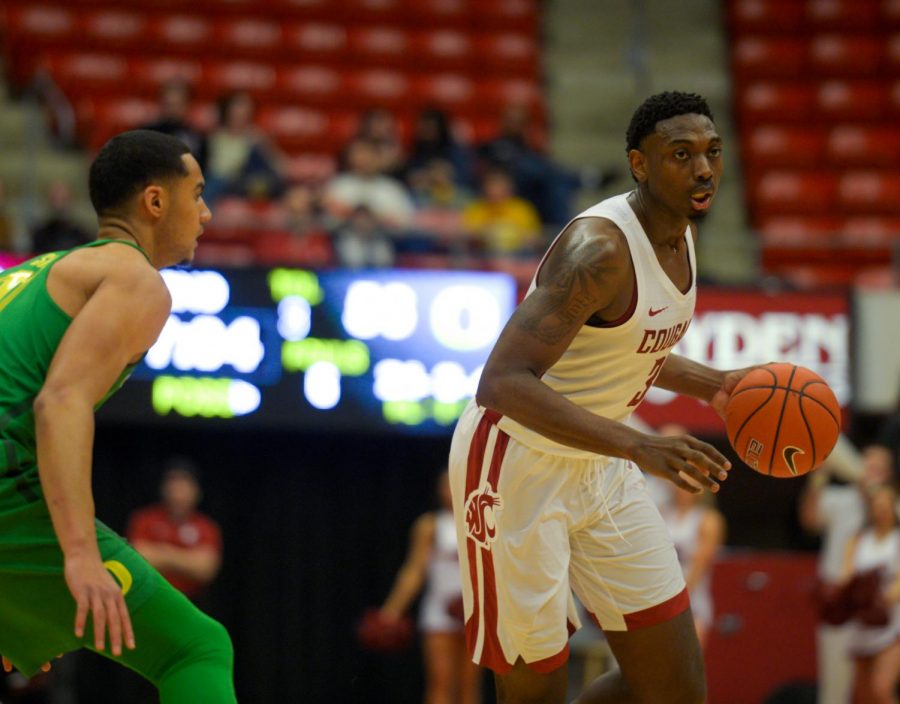 Then-junior forward Robert Franks Jr. looks for an opening during the game against Oregon on Mar. 1 at Beasley Coliseum.

The WSU men’s basketball team will get its 2018-19 season underway with an exhibition game against New Hope Christian College on Sunday.

Last season, the team started 6-0 and won the Wooden Legacy tournament. The Pac-12 proved tough as the Cougars went 4-14 in conference, finishing with a 12-19 overall record.

Head Coach Ernie Kent said the offseason has been a long grind for the team. He said it will be nice to kick off the season and they are anxious to do so. This year’s team has a lot of new players and to get everybody on the same page, Kent said they have done a lot of off-court exercises.

“The biggest thing we’ve done in terms of cohesiveness and pace is work away from the floor,” Kent said. “Having the trust to give the ball up and spread the floor out.”

The Cougars had a closed-door scrimmage in which Kent said he got a chance to watch the new, younger players play alongside the veterans in a game situation.

He said he really liked the fight and ability to regain energy the team showed. At times, he said there would be four new players on the floor with only one returner and the composure everyone showed impressed him.

Kent said he wants to see the team gain a sense of urgency. In terms of going from possession to possession, every game will be intense and they need to have that urgency at all times, he said.

“This is a tougher group mentally and physically than we’ve had here before,” Kent said.

A high-pace offense with more ball movement and more intense defense is what Kent said he expects to see from his team this year. He said they have worked on the basics, focusing on playing on-ball defense. He said the players like to get out in transition and show off their athleticism.

WSU will face New Hope Christian College in an exhibition game with a 2 p.m. Sunday tip off in Beasley Coliseum.