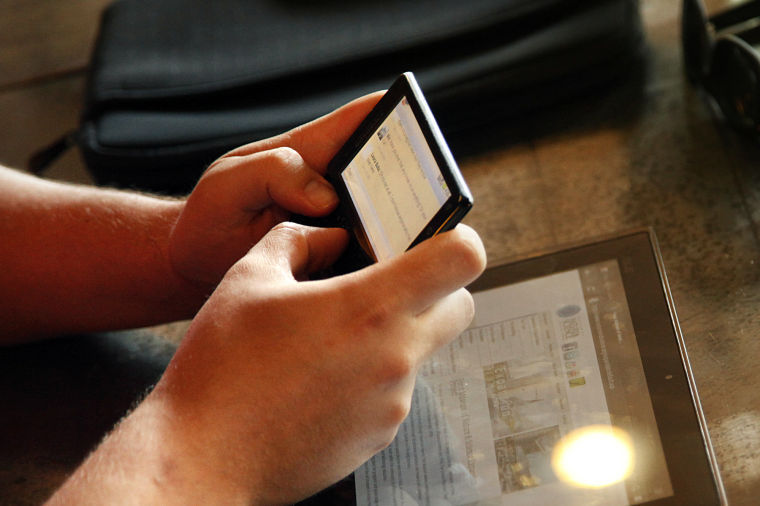 Overuse of cell phones and digital media can cause disconnection and strife between partners in a relationship.

“My girlfriend is constantly on her phone. I know she isn’t cheating or talking to someone else on her phone but it would be nice just to have some quality time without her being on her phone. What should I do to get her to put her phone down and just enjoy time with me?”

Short of doing a circus performance to get her attention, I would advise two options. Depending on what type of learner she is, you can take either approach to the situation. If she is someone that listens thoughtfully to your concerns, having a serious conversation should work. If she is someone that reacts better to emotional provocation, I would mirror her behavior.

Provided that you two can maturely talk about things, I would sit her down right away. Psychologists recommend using “I feel…when you” statements for conversations like these. If a person truly cares about your feelings, this format will work. It will also avoid you coming off as preachy and judgmental toward her behavior.

Start by asking her to turn off her phone. Sit down in a place where the two of you can openly talk and look one and other in the eye. Tell her how it makes you feel when she is constantly on autopilot while the two of your spend time together.

If this doesn’t work, I recommend taking what my mother calls as the ‘moral low road.’ Frankly, just mock the living crap out of her.

Even though it seems immature, mirror her behavior. Imitate her to a ridiculous degree. She will notice. Although she spends a lot of her time on the phone, like whales, she must come up for air at some point.

After a while, she has probably become accustomed to balancing conversation with you while scrolling through her phone. Mentally, she is conditioned to you trying to interact with her. If you stop trying to talk to her and glue yourself to your own phone, the silence will become painfully noticeable. She will start to wonder if something is wrong and eventually, she will ask you why you are being unusually quiet.

Stick to your guns. Don’t give it up on her first inquiry. Keep those eyes glued to your phone and keep scrolling or texting like she didn’t say anything. Wait until she asks for a second or third time before you acknowledge she is speaking. Then look over and ask her how it felt to be ignored. Then you should have the mature, sit down conversation that I advised in previous paragraphs. The point will resonate with her more after being emotionally stimulated.

Down the line, I want you to consider whether this is a deal breaker for you. I know that it is for me. If a person I’m with spends more time looking at their phone than conversing with me, it gives me the impression that I’m not worth their undivided attention.

If you talk to her and it keeps happening, I would end it. Ignoring people is rude. Being inconsiderate is a part of a person’s personality. People don’t generally grow out of that. You’re too young to settle for that type of behavior.