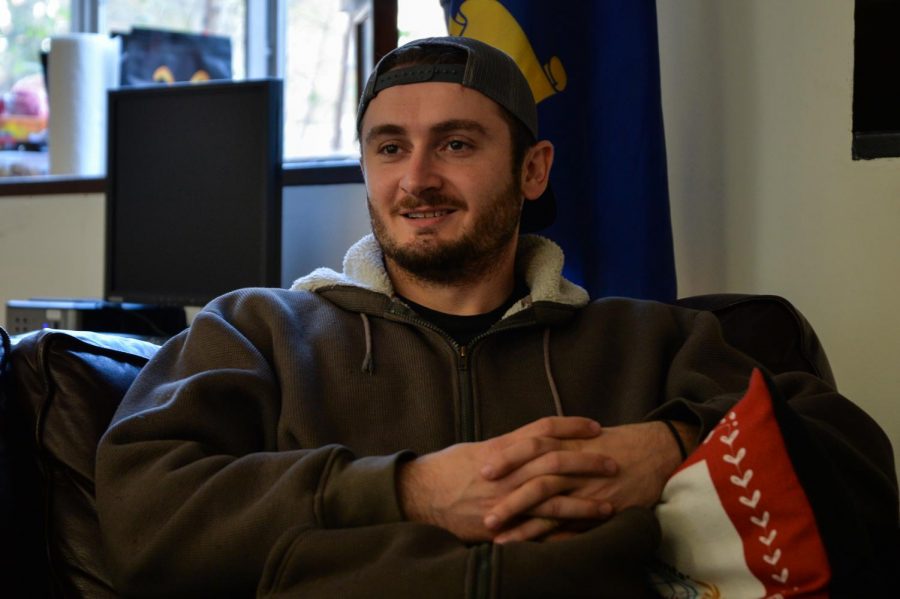 Jonathan Brown talks about the logistics of the Veteran's Day event and how it will vary from last years.

Veterans, current service members and dependents will be honored next week by a series of events organized by the ASWSU Student Veterans Committee.

“A Permanent Mark” will be shown at 7 p.m. Monday in the CUB Auditorium. It is a documentary about the cancer-causing chemical Agent Orange that was used in the Vietnam War and had negative health impacts on veterans and family members who inherited health problems because of the chemical. It is free to the public, said McCall Daniels, an organizer for the event.

It will be the first showing of the documentary, he said, and will also be screened in Vietnam in the near future.

Director Holly Million will hold a question-and-answer session when the movie is finished, Daniels said.

Many of the events are centered on war’s impacts on those close to veterans, said Jonathan Brown, public relations officer for the committee.

“A lot of the events we are putting on this year are more focused on WSU’s veteran population, surrounding dependents, family members and the support structure,” he said.

The committee is partnering with 30 other Washington state-based schools and Operation Gratitude, a nonprofit organization, to write letters to disabled veterans, deployed service members, other veterans and dependents Committee Chair Kyle Norbert said.

They will have a table set up for anyone to write a letter from 11 a.m. to 1 p.m. Wednesday on Glenn Terrell Friendship Mall, he said.

“It’s important for us to extend and invite people who have never served in the military into our spaces for them to understand where we are coming from,” Norbert said.

A mobile veteran’s clinic will be visiting from Spokane on Thursday, Brown said. The clinic will be open all day on Glenn Terrell Friendship Mall for current service members, veterans and dependents.

The clinic will provide checkups, access to setting up health care and answers to medical questions, he said. No appointment is necessary.

“The closest VA clinic is 80 to 90 miles away,” Norbert said. “Them coming to campus saves veterans a trip.”

To conclude the Veterans Day events, the traditional veterans ceremony will include a recessional march accompanied by the ROTC Color Guard and the Cougar Marching Band from the CUB to the Veterans Memorial, he said.

There will be three guest speakers to follow the recessional, including a WSU student, Norbert said. The ceremony will begin at 12 p.m. and is open for everyone to attend.

“All students are welcome to come, honestly,” Brown said. “[They are] encouraged to participate.”

In addition to the planned events, there will be artwork produced by service members on display in the Terrell Library Atrium from Monday to Thursday.

“Veterans Day has generations upon generations of history that formed why it’s important to honor the day,” Brown said.