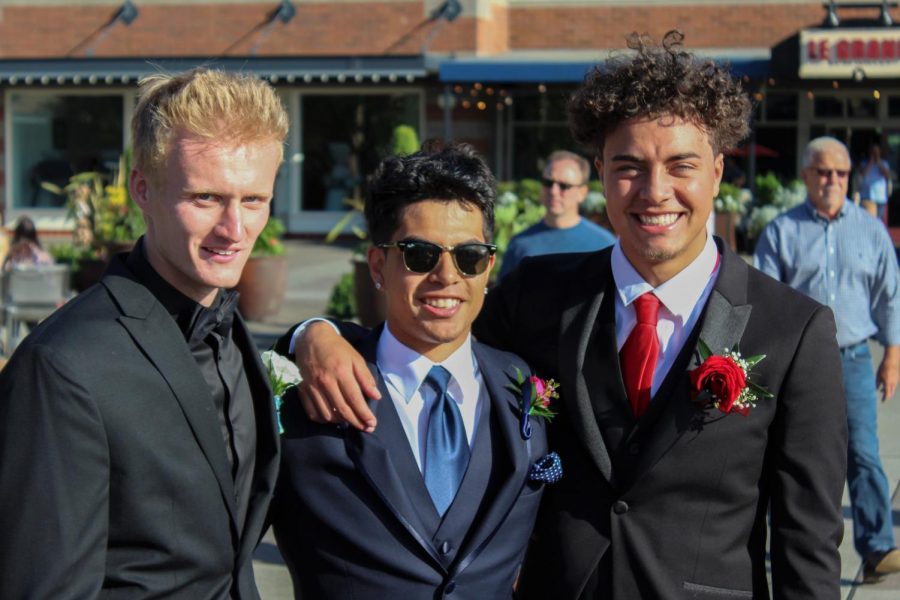 As WSU has worked to improve its student mental health services and made promises to be available for those in crisis, one former student’s mother took to social media last month to detail what she perceived as a failure in assisting her freshman son, who attempted suicide after reaching out to mental health services.

The mother, Cilicia Reavey, created a mental health thread on Twitter on Oct. 20 following the attempted suicide of her son, Jeffrey Young, on Oct. 17.

In it, she detailed both the events leading up to the attempt and what she considers to be a failure by university mental health services in assisting her son.

“I wish that they would’ve taken him a little bit more seriously based on the things that he said,” Reavey said. “Even if they were to get him to talk to a nurse or a counselor or anybody and kind of treated him as a walk-in and didn’t let him leave … I felt like that would’ve been a little bit better.”

She said Young visited the WSU Psychology Clinic on Oct. 10. Young stopped attending his classes, stopped playing video games and felt that something was wrong.

“He just knew it wasn’t just depression,” she said. “He felt like there was a deeper thing where he needed some medication.”

The clinic told him he had to wait four months before he could schedule an appointment, Reavey said. In response to that, Young told them it was an emergency. The clinic told him to go to Counseling and Psychological Services instead.

She said Young went to CAPS the same day and asked to see a psychiatrist. CAPS staff told him he had to wait two months before they could schedule him for an assessment, which is needed before he can be seen by a psychiatrist.

Reavey said Young told CAPS it was an emergency and said he had suicidal thoughts. She said CAPS noticed an open time slot due to a cancelled appointment the following week and said they could see him on Oct. 18.

During this time, Young also reached out to outside providers to receive treatment for a herniated disc, Reavey said. He asked a doctor then if he could be referred to a psychiatrist, but the doctor referred him to CAPS instead because he is a student.

Reavey called CAPS on Oct. 17 to ask if they could see Young that same day instead, she said.

“I begged them to get him in sooner, almost in tears,” Reavey said. “I [told them], ‘He had a previous suicide attempt [and] I feel like he’s in a very dark place … I just need somebody to see him.’ ”

Reavey said CAPS told her they could see Young at 4 p.m. She called Young in the morning to tell him CAPS moved his appointment to an earlier time.

Sam Showalter, a close friend of Young in Kirkland, Washington, messaged freshman Timmy Neville, Young’s roommate, at 4 p.m. to ask if he saw Young’s Snapchat story. In it, Young had written, “I love you all.”

“If anyone puts ‘I love you all’ in a black screen, it kind of raises a red flag [that] something is not right,” Neville said.

Neville said he then realized Young was not at his 4 p.m. appointment. Neville decided to track Young through Snapchat’s Snap Map feature. Young was headed toward Idaho and both Neville and Showalter started attempting to contact him. Young did not respond.

Neville contacted friend Peter Nguyen and told him about the snap story and being unable to contact Young. Neville sent Young’s location to Nguyen, who drove to the spot with another friend.

When he got there, Nguyen found Young unconscious in an industrial parking lot on Airport Road, Neville said. There was a bottle of alcohol and a suicide note on the seat next to him.

Nguyen drove Young to Pullman Regional Hospital while the other friend drove Young’s car back to campus, Neville said.

“The doctor said if we didn’t find him earlier, he would’ve been dead easily,” Neville said.

He and freshman Franco Oliveri met Nguyen and waited until Reavey arrived from Kirkland at 10 p.m.

“If there was a chance that he did wake up, we don’t want him waking up with no one around him,” Neville said.

Nguyen remembered Young’s suicide note and decided to drive back to Young’s car to give the note to Reavey, Neville said.

“I think just the fact that there was a note really drove home the point for me that he fully intended to die,” Reavey said.

While Reavey was on her way to the hospital, she said the doctor told her Young was able to breathe on his own and tested positive for Xanax and Abilify.

“I was kind of numb,” Reavey said. “I did get teary, but it felt like a nightmare.”

Young was unconscious for about 40 hours and the doctors told Reavey they expected him to wake up at 4 a.m. the following day.

Young was unconscious for several hours because of the amount of Abilify pills he took, she said. He had been taking one pill of Abilify a day prior to the incident to treat symptoms of post-traumatic stress disorder. He never had a clinical diagnosis of PTSD until they met with a psychiatrist on Oct. 29 following the incident.

“He looked like a rag doll, he had no ability, he couldn’t move,” Reavey said.

She said she thought her son might have felt that Abilify was not working for him, which is why he reached out to the mental health services on campus.

“I think that’s why he was so desperate to get into a [psychiatrist’s office] while he was there because he just felt like he was spiraling fast,” Reavey said.

Some people are afraid to reach out when it comes to mental health, Neville said, but for his friend it was different. Young did reach out for help, but did not get it fast enough, Neville said.

“[Young] knew exactly what he wanted and needed — he knew himself,” he said. “[For] some people, that’s hard for them to even get to that point [and] that level of ‘Do I need help?’ — [Young] knew when he needed help.”

Neville said he felt frustrated with the way WSU handled the situation when Young came to seek mental health services.

“No student should have to reach out three separate times and be waitlisted,” he said.

President Kirk Schulz said in a meeting with The Daily Evergreen on Friday that following the incident he reaffirmed with the Cougar Health Services that students who say they are in distress are seen the same day and are not waitlisted.

“That’s not a new policy, that’s not something that occurred because of this Twitter feed, that all of a sudden we scrambled around and we do things differently,” Schulz said.

Phil Weiler, WSU vice president of marketing and communications, said Cougar Health Services made changes in 2017 to ensure same-day mental health services for those in distress. He said there was a 75 percent reduction in the amount of time students have to wait following those changes.

“A lot of times, when somebody walks in, they have an issue that can be dealt with — they can be seen but they can also deal with the issue right then and there,” Weiler said.

Cougar Health Services uses a set criteria and questions to determine if an individual is in a crisis or not, and asks if they have suicidal thoughts, he said.

“The challenge now,” he said, “is to make sure [we’re] able to address the issues quickly as possible.”

Schulz said they are trying to discuss the amount of mental health care providers needed on campus.

“In the Palouse right now … providers can’t see people either, so you can’t even rely on private folks on the outside being able to help with the load,” he said. “That affects not only you all students — it affects our faculty and staff who also need mental health resources and don’t have the ability to get it.”

Reavey said at first they were comfortable in Young attending WSU because of the mental health services offered on campus.

Reavey said she thinks CAPS tends to “over-promise and under-deliver.”

“After what happened with Tyler Hilinski, you’d think that there’d be some improvements,” Neville said.

While Reavey was cleaning out Young’s dorm, she said she found another version of his suicide note in a letter format, which she compared to the note in the car that Young wrote as a list.

The only paragraph he wrote was that WSU “failed to help him,” she said.

“When people reach out for help and they feel like they’re not getting it, [that] is crushing,” she said.