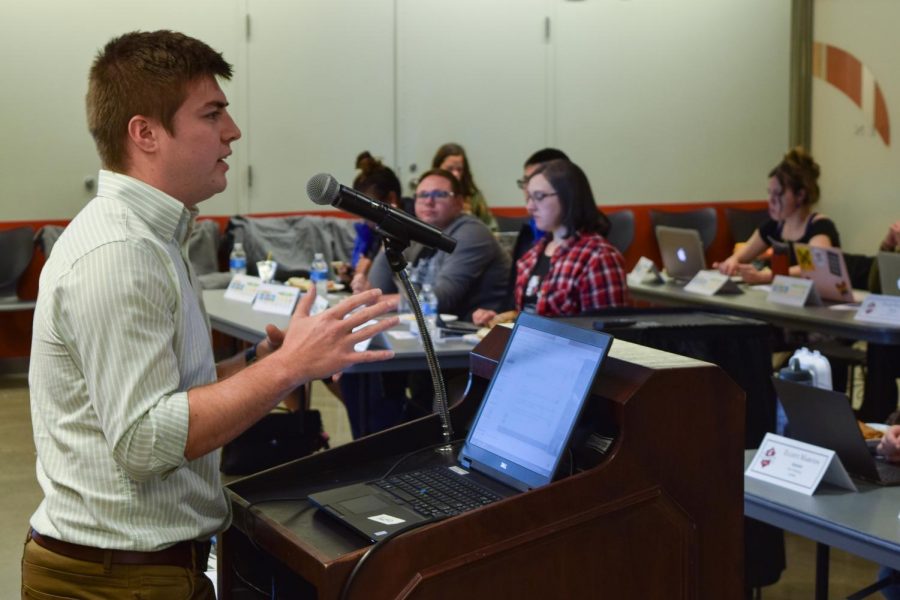 After WSU and the City of Pullman wrote resolutions to recognize Indigenous Peoples’ Day, GPSA decided to do the same, Senator Jeremiah Sataraka said.

“Based off of that, I thought it would be great for us to write one too,” he said.

Vice President David Silva said the organization has an impact on the indigenous community just like WSU and the City of Pullman does.

GPSA’s everyday practices must be what are best for everyone, especially indigenous peoples, because historically they have been underrepresented and poorly treated by education services, he said.

“More so maybe than undergrads, we are shaping how our cultural norms and how what we do now affects the next 15 to 20 years,” Silva said. “As we’re teaching our classes, as we’re engaging students and as we’re doing research, these are issues we have to be continually aware of.”

While it would have been better to have the resolution passed before Indigenous Peoples’ Day this year, Silva said at least the organization will have it for the future to reflect on the day and educate others about it.

GPSA also discussed the progress made on a proposal to change how Chinook and Student Recreation Center fees and access for graduate students might work.

In 2015, graduate students decided not to pay for Chinook fees, so they cannot access the facility unless they pay the extra $98. At the time undergraduate students chose to pay for the building, so that is included in the fees that they must pay, Silva said.

Graduate students, like undergraduates, pay $157 to access the SRC, he said. A proposal GPSA is looking into is for graduate students to still pay $157 but have access to either the Chinook or the SRC.

“We’re really early on this phase,” Silva said. “We’re having some discussions about it.”

This was discussed with Senator Nicholas Krebs, who also serves as chair on the University Recreation Board and is looking into how this might change UREC finances, Silva said.

Senator Allison Fisher is looking into how this idea could be feasible and will provide questions to the UREC Board to help figure out how the finances would work and how the fees could be used, Silva said.

The hope is that by the end of spring, GPSA will have a policy written up and that by fall 2019 the WSU Board of Regents can review it and determine what happens. If it passes, it could probably be implemented by fall 2020, Silva said.

“We don’t want to rush into this,” he said. “We want to make sure it’s good for everybody.”

GPSA is holding a Chat & Chew from 5:00-6:30 p.m. next Tuesday at the Marriott Teaching and Dining Hall, located in Todd Hall, for an informal dialogue with President Kirk Schulz. The Senate plans to talk about its current plans and what it has been working on.

“This is where we can vet a lot of these ideas,” Silva said. “President Schulz has been really good about saying ‘What are your stories, what are you interested in, how can I help?’ ”