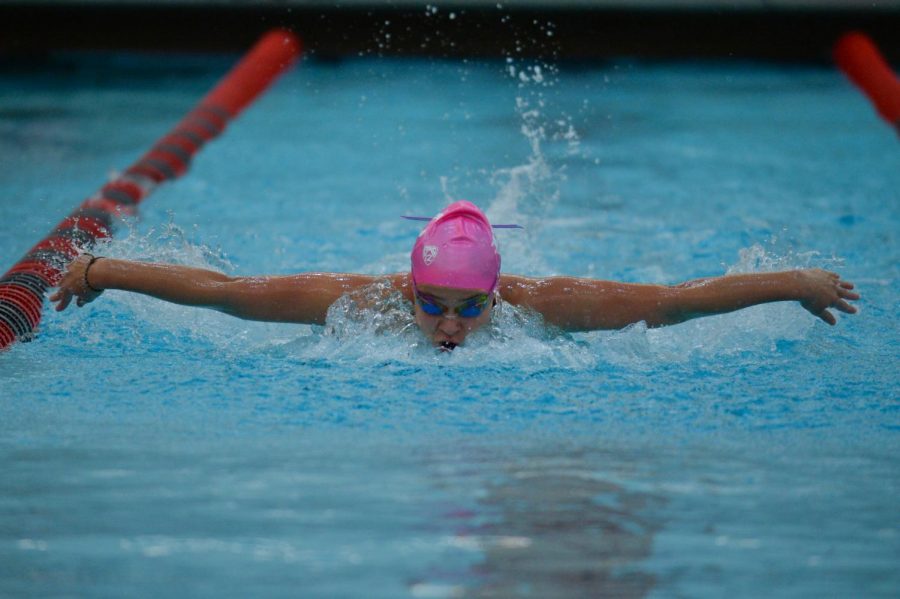 Gibb Pool ain’t big enough for two teams this week, as the Cougars will face the visiting University of Wyoming Cowgirls on Friday.

WSU last saw action Saturday when the Cougars lost 158-95 to No. 5 University of California, Berkeley. For the Cougars’ second conference meet of the season, they were only able to win one single race — the 200-yard freestyle — out of the 14 total events against the Golden Bears.

Despite the 0-2 conference record, WSU holds a 3-3 overall record with its most recent win against Northern Arizona University just a day before the loss against Cal.

“I’m hoping that we can learn from the adversity that we went through … and be a closer-knit team and have some more energy going into Wyoming,” Head Coach Matt Leach said.

This match against Wyoming will be the two teams’ first since 1993 when the Cougars won 50-36. WSU leads the all-time series 3-0. The meeting will be the Cougars’ third home match in a row and the fifth of the season. The team will not meet at home again until Feb. 16 when it hosts University of Utah.

Swimming up in the cold Laramie Plains of Wyoming, the Cowgirls have had an all but slow start to their season, winning all of their duals. The women’s team is also connected with the diving team and the men’s team, but only the women’s swimming team will come to Pullman on Friday.

Wyoming’s last dual win against Colorado State University put them at a 4-0 record for dual meets this season. The team was victorious winning 168.5-131.5 and claiming 11 of the 16 events. Most recently the Cowgirls’ swimming and diving team performed against University of Denver and had a close 155-145 loss, winning seven of the 16 events.

Following the match against WSU, Wyoming will meet up against University of Idaho on Saturday.

“They’re a really well-coached program, solid swimmers throughout,” Leach said. “I’m hoping that we’ll have a really good atmosphere … it’ll be fun and it’ll be nice to see the Cowgirls roll into town.”

No spurs or straw hats for this match, just goggles and swimming caps at 5 p.m. Friday in Gibb Pool.