WSU starts year off with a win; Franks scores 31 points 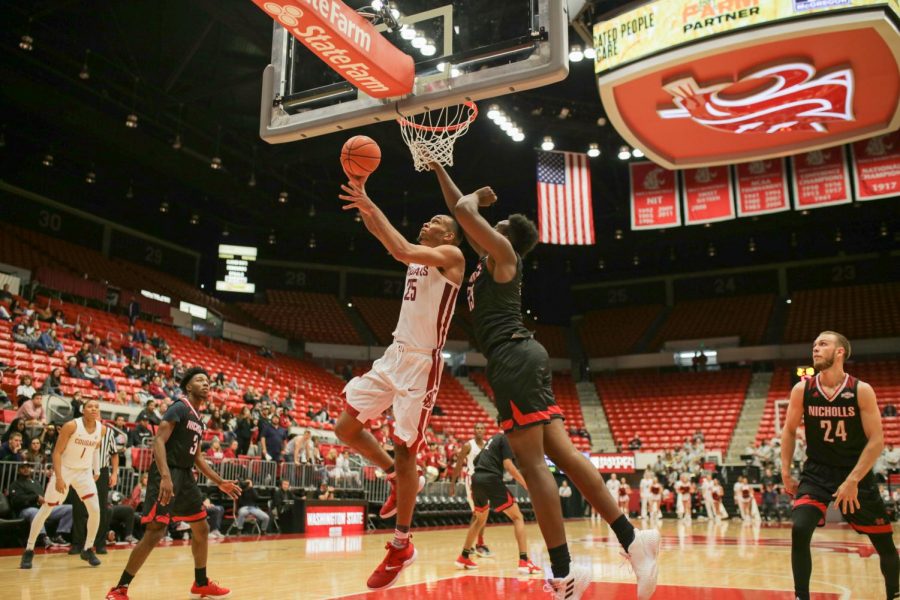 Senior forward Robert Franks Jr. was a big reason why the Cougars (1-0) came out ahead against the Colonels (1-2). He scored 31 points and managed to grab 11 rebounds to propel WSU to a season opening victory.

“I give high praise to my teammates for staying in my ear and staying aggressive,” Franks said.

Head Coach Ernie Kent shared a similar sentiment and thought the Cougars left a lot of points out on the court but overall he was happy with the victory.

“We kind of knocked ourselves out of rhythm in that first half,” Kent said. “I thought we were too much one-on-one.”

Besides the missed three-pointers and free throws, the Cougars were able to have some success particularly on the defensive side of the ball.

WSU came out in the second half with a defensive wave, trying to get as many stops as possible. Finding a defense that worked against the Colonels took a little bit of time, but when the Cougars got into the 1-3-1 zone they made more than a few consecutive stops.

“The defense was spot-on,” Chidom said. “We are a transition team.”

However, WSU gave up 19 three-pointers, and Chidom said they need to do a better job communicating and closing out on shooters.

He said it was the Cougars’ first game and they hope to improve on those things in upcoming games.

WSU’s next game is on the road and Kent said he is excited to travel for the first time this season.

“Teams usually come together on the road, so I am looking forward to it,” Kent said.

The Cougars will face Seattle University 7 p.m. Wednesday at the Showare Center in Kent, Washington.