Chapters are about service, personal development, not forcing members to conform to poor standards 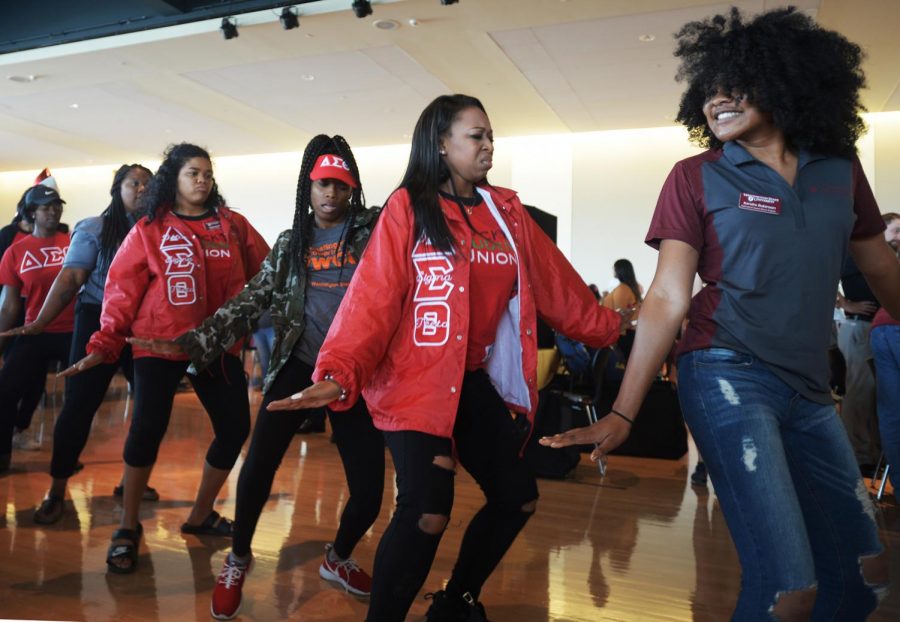 Greek life doesn’t pressure people to be anything they aren’t. It focuses on making people the best they can be in every aspect of their lives.

As with groups that do not encompass a universal audience, there are stigmas formed through outside perspective. As I attempt to not stigmatize any group with which I do not have personal experience, I would hope that those who look upon the Greek system with an outside perspective do the same.

The stereotypes attached to the values, motives and character of Greek life and those within it did not arise without influence from events that have occurred on campuses nationally.

However, these stereotypes do not reflect the intent or purpose of Greek life.

There is and has always been pressure of alcohol or substance abuse as well as the danger of sexual assault on college campuses and similar communities. Some of the social events attended by members of Greek chapters create situations where this can occur.

What many people do not consider, however, are the trainings and services the Greek system not only encourages but requires of its members before participating in any social event in order to prevent these instances.

Varying per chapter, members are required to complete a certain number of hours of community service as well as programming on topics such as alcohol safety, sexual assault prevention, mental illness awareness and resources and a minimum academic achievement. These are all required with the intent to help members grow in ways of personal development and scholarship.

To acknowledge the stigma of exclusion and pressures of conformity, I would like to speak from my own personal experience. I went through formal recruitment freshman year at WSU, and although it was a week filled with long days, tons of conversation, excitement and sometimes disappointment, it is a process that is taken extremely seriously by the Interfraternity Council and the national Panhellenic community.

A values-based system is used to guide the recruitment process. Prior to recruitment week, potential new members carefully consider their individual values. This helps them find a community that can best support them in their personal growth and goal achievement. This includes, but is not limited to, values such as authenticity, integrity, education and leadership.

Following recruitment, I chose not to stay in the chapter I had joined at the end of the week. I acknowledge I felt pressured to be the best version of myself, much like you would in a job interview or meeting your in-laws for the first time.

There will never be a time of social introduction where you do not feel an initial pressure to conform, simply because it is in human nature to want to be wanted.

I had let the social pressure dictate my choice; however, the process, the Greek women and the mentors involved helped me understand my values in ways that I hadn’t when the week began. Those involved in the Greek system not only supported me through my attempt to join this community but continued to support me despite the fact I was no longer being a part of it.

The following year I had gone through formal recruitment a second time with a clearer idea of what I was looking for in a chapter house and the women within it.

I can say with 100 percent certainty the process not only gave me the chance for reflection but the opportunity to find women who will help me grow in the things I value. Which, by the way, is not my hair and makeup.

I had spent a year on the outside of this system, looking in other places for a community to inspire and support me. Freshman year is one of the most important times to have a strong support system and I was not able to find that.

Everyone has an environment in which they are able to succeed, and mine is in my chapter house. A chapter where the only rules or requirements I have been encouraged to follow have been based on personal growth, academic achievement, leadership experience, philanthropy and community outreach.

Not once have I felt the need to be someone I’m not in order to fit in. I have only ever felt the support and inspiration to become the person I want to be.

This semester I have been so much more motivated to succeed, serve and love than I had during my year without these women.

I am not attempting to negate unfortunate events that have or may arise on campus or degrade feelings of exclusion from those who do not find the same opportunity within the Greek system.

But I would like to make it understood the extent to which the IFC and national Panhellenic community go to make sure being a part of this system means being a part of a community. It is a community that not only holds its members to high standards in all respects, but provides them with the tools they need to reach and maintain that standard.