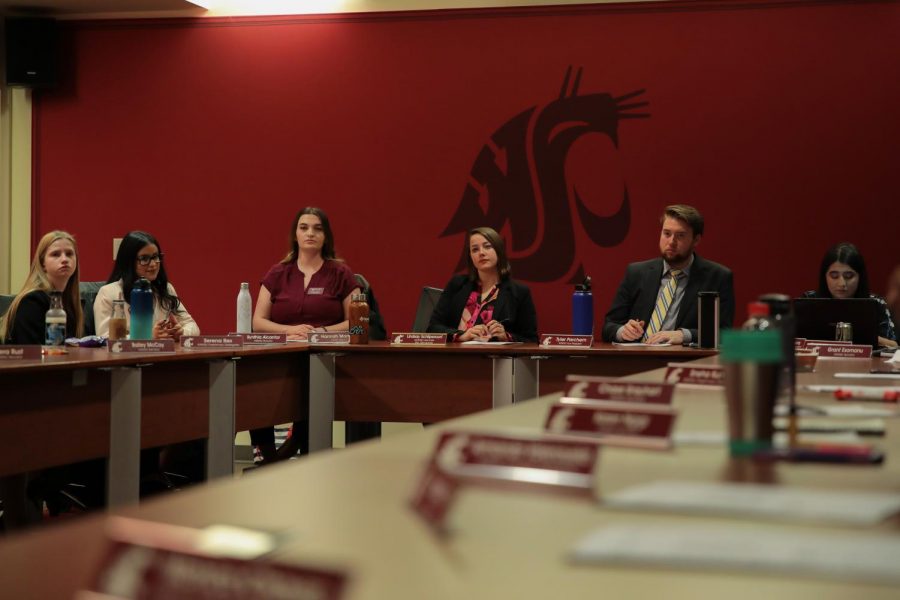 ASWSU moves to confirm Keira Tolbert as election board chair at the meeting Wednesday in the CUB.

At the ASWSU Senate meeting Wednesday night, senators approved a resolution to lobby state legislators for funding for the Washington Animal Disease Diagnostic Lab and confirmed a member to fill the election board chair.

ASWSU senators passed a resolution calling on state legislators to continue financial support for the in-progress WADDL building at WSU.

“I’m excited we are moving to get funding for WADDL,” said Jacob Lizarraga, the senator who authored the resolution. “It’s important to the undergraduate experience.”

According to the resolution document, the project is still in need of $36.4 million to be completed.

“I think this resolution is essential, especially for Coug Day at the Capital,” Senator Diana Baldovinos said.

Coug Day at the Capital allows WSU students to lobby state legislators in Olympia for support of various university-related issues.

ASWSU Vice President Tyler Parchem said he has completed a CougarCard mockup that will be implemented in the 2020-21 academic year.

The front of the card will remain the same, but the back of the card will include resources including mental health programs to make the college experience easier for students, Parchem said.

Students will not see these changes for a while because WSU has already ordered about 30,000 CougarCards for next year, he said.

“We want to normalize the stigma around using mental health resources,” Parchem said.

Another bill passed will update the duties for the ASWSU Department of Health and Safety. This will allow a committee to facilitate the Cougar Health Fund rather than just the Health and Safety director.

This committee will be made of ASWSU members and other students at large, and will determine how to distribute about $50,000 of funds, Parchem said.

She said she will be focusing on using social media to reach out to students and wants to have open discussions with minority groups during this year’s ASWSU election.

“I think us going out there with new ideas will definitely be an improvement,” Tolbert said.