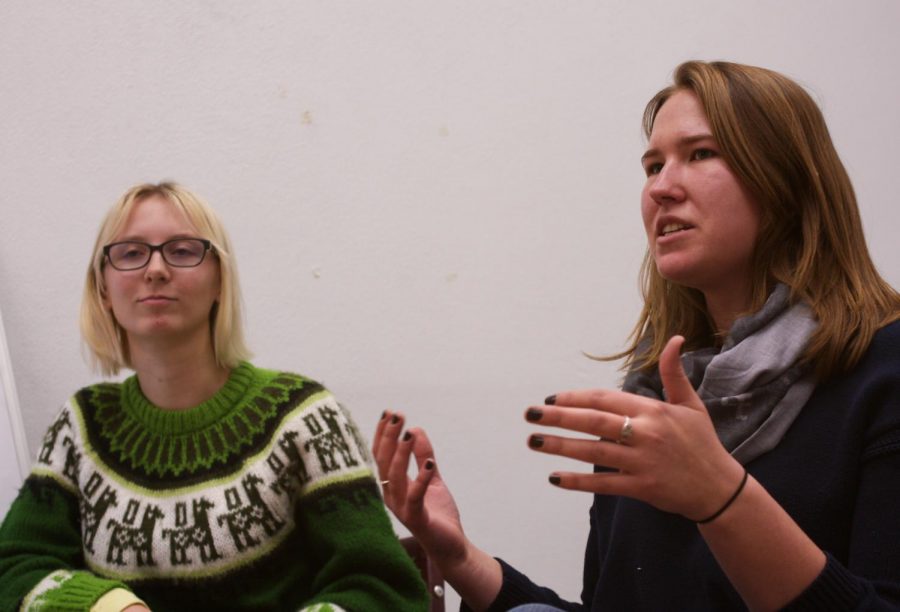 The co-presidents of the Environmental Science Club, a registered student organization at WSU, strive to make going zero waste a more tangible goal on the Palouse.

The goal of zero waste is to create as little trash as possible and properly dispose of it, said Jennifer Beyer and Laila Reimanis, co-presidents and junior environmental science majors.

“We created [a] blog with the idea that there are simple changes to your everyday life as a college student to reduce your everyday waste production,” Beyer said.

The blog, called Pullman Waste Watchers, is tailored to the local community and focused on how everyone can take steps to make less trash. Beyer mentioned the specific struggles of managing personal waste while living in Pullman.

“We have very restricted resources here compared to Seattle,” Beyer said. “There’s not even recycling bins in most of Pullman.”

Being completely zero waste has a large impact on someone’s life but small changes help the transition, Reimanis said.

“I’m not perfect,” Beyer said. “I’m not even close to being zero waste but it’s all about the process of trying to get there.”

Reimanis encouraged people to try to reduce the amount of trash produced, for the betterment of the local community.

“We are not just hippies,” she said.

While the RSO’s main focus this year is to produce less waste, the club’s focus shifts based on what the members want to learn from and get out of the group, Reimanis said.

The group plans to partner with Dining Services to try and implement reusable to-go containers. Beyer said this depends on whether their Green Proposal passes.

A Green Proposal is a sustainable educational project that is funded through the Cougar Green Fund, Beyer said.

“[Cougar] Green Funds are basically like a grant proposal for any sustainability project proposed on campus,” Beyer said.

The club is open to all individuals, even those who are not in the environmental science field, Beyer said. Anyone wanting to get more educated on ways to be sustainable in Pullman can show up to a meeting or to take a look at the sustainability blog.

The club meets biweekly at 5 p.m. in Fulmer Hall room 204. The club can be contacted for more information through its OrgSync page.