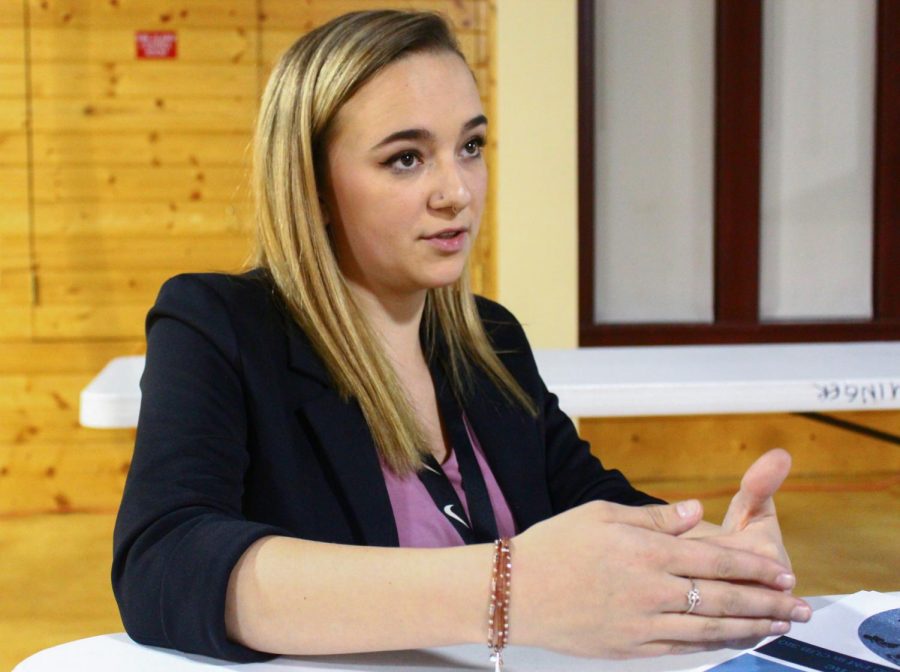 The International Development Club hosted the Hunger Dinner on Wednesday afternoon at Ensminger Pavilion, where students could show up and get a free meal based on current food insecurity statistics.

What the club didn’t advertise was, according to these statistics, more than half of the attendees would be sitting on the floor eating rice with their hands.

Club President Emily Carson said she thought this experiment thoroughly represented how the world works in the modern day and hoped to get more students thinking about world hunger.

“You only need to make $6,000 a year to be above the world poverty line,” Carson said. “I just want people to think about it and be more aware of the place they’re in as college students. I hope people pay attention a little more.”

Carson said she first joined the International Development Club to meet different people and learn about their backgrounds. She said the role of president fell into her lap over a year and a half ago. The position only stoked her passion for the less fortunate.

“I’ve been volunteering since I was 10,” Carson said. “Donating your time is something all college students can do. The little things help make a difference.”

Over its eight-year run, the club has had a long legacy of scholarships and notoriety, but Carson said things have slowed down after many of the previous seniors who were responsible for the leadership graduated two years ago.

“It used to be a really big club on campus,” she said. “We’re trying to get the club back to that place.”

Carson said one of her focuses is to restore the club to what it once was and hopes she’ll do exactly that with  events like the Hunger Dinner and a showing of “Poverty, Inc.” on Nov. 28.

Freshman Brittney Berquist said the event resonated with her. Even though she was placed at the middle-income table, she saw herself sitting with the lower-class people on the floor.

“I definitely noticed that people take advantage of what they do have,” Berquist said. “They think that having food is normal but where I come from, it’s not normal. Any time I get it I love it.”

Berquist said she grew up in a small town in Parkland, Washington. She said her town only had two high schools and both of them were very poor. Many of the students were homeless and went to food banks regularly.

“I have gone to bed countless nights without even having dinner,” Berquist said. “My only meals were when I went to school.”

Berquist said while Carson’s dinner only reinforced what she already knew, she believes people need to be more educated on the lower class and understand the sort of troubles they go through.

Carson said the discussions people initiated after the experiment remain a large part of what keeps her motivated as a club president.

Anyone interested in attending an International Development Club meeting can do so at 5 p.m. every Wednesday in CUB Room 310.

“I think change happens through one person and one action,” Carson said. “There are so many issues that are so big and so large you can’t even begin to wrap your head around them. Making the choice to do something is how change happens.”