Why WSU will win

Team firing on all cylinders, Cougars are ready to take down Huskies on Friday 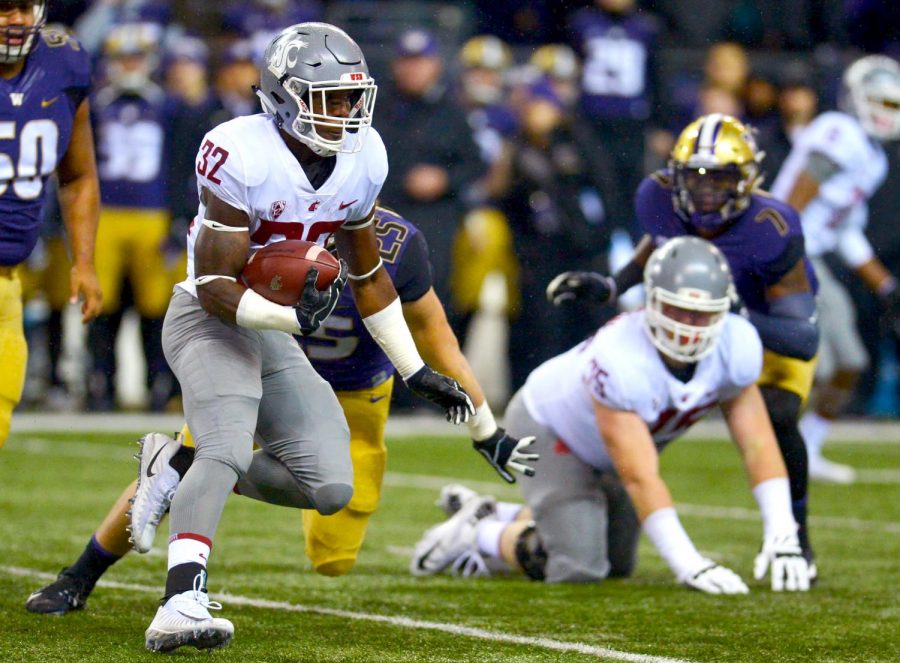 The Cougars have one of the most potent offenses in college football. However, Leach’s Air Raid offense has struggled in past Apple Cups against Chris Petersen’s defense. But Petersen and the Huskies have never seen an offense like this from WSU.

The Air Raid offense is better than ever and a few position groups have made big improvements that have taken this team to the next level.

The offensive line allowed 39 sacks last year, but this season they are on track to give up less than 10. The running backs scored eight touchdowns all of last season, but this year they found the end zone eight times in the first three games.

Quarterback Gardner Minshew II has given WSU its biggest improvement. Luke Falk threw 30 touchdowns to 13 interceptions in 2017 while Minshew is on track to toss 34 touchdowns and eight interceptions. Falk threw for 3,593 yards last year, but Minshew has already surpassed that and is on track for over 4,000.

The Cougars have demonstrated a special talent this year — they’re a spectacular fourth quarter team. In the fourth quarter, the Cougars score their most points while the defense allows their fewest point output in the final 15 minutes.

Despite WSU playing the best it has ever played under Leach, the team still has to figure out how to beat UW. The Cougs have not scored more than 20 points in the last four meetings with the Huskies, while UW has put up more than 30 points each time.

Against UW’s staunch passing defense, Leach will look to his running backs to step up. Dynamic playmakers James Williams and Max Borghi will undoubtedly touch the ball.

Borghi has brought a hard-downhill running style to the team this year, while Williams complements as a slippery back who is hard to catch. But that doesn’t mean Williams can’t run over defenders or that Borghi won’t make people miss. These two have produced some of the Cougs’ best highlights this season.

On top of a high-powered offense, the WSU defense has been tough to crack at Martin Stadium. The defense has only allowed 81 points at home, including a shutout against San Jose State University.

WSU’s biggest priority will be containing the run, as that is how UW has scored most of its touchdowns this season. The Huskies have multiple players who can move the ball on the ground.

Leach and company will undoubtedly look at how Cal was able to narrowly beat the Huskies as a blueprint.

Washington has been Leach’s greatest challenge over the past four years. Under Petersen the Huskies have not lost an Apple Cup. The Cougars will have to keep the offense firing on all cylinders like it has all season if they want to walk away with a victory.

The Huskies are the toughest team on the Cougars’ schedule this year and their defense is tailored to dismantle the Air Raid. WSU will be playing in front of the home crowd, and the Cougar faithful might just help propel the Cougs past UW for the first time since 2012.