WSU wins every set by at least seven points 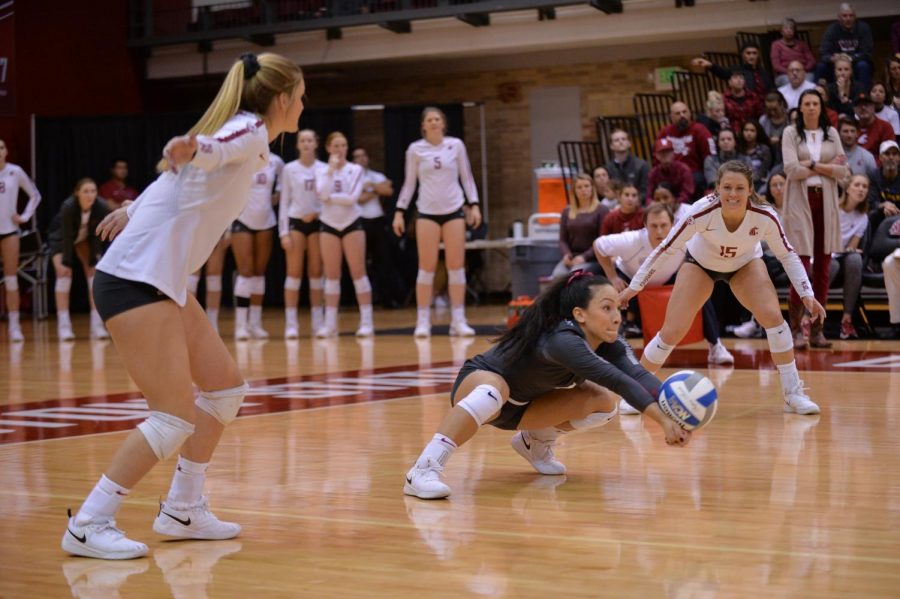 The second set had an even larger margin of victory as the Cougars went on a 6-0 run followed by an 11-2 stretch. This led to the final set score of 25-9, giving WSU a commanding 2-0 set lead against OSU.

Set three was the closest set of the match as the Cougars attempted to get the sweep against the Beavers.

WSU jumped out to another early lead, but the Beavers closed the gap to five points near the end after a 3-0 run.

Junior setter Ashley Brown is to credit for these high kill totals as she led the scoring attack for WSU with her 31 assists.

WSU will host No. 19 University of Washington in a top-20 showdown to end the regular season schedule as part of the Boeing Apple Cup series. The Cougars will host the Huskies at 4 p.m. Saturday in Bohler Gym.