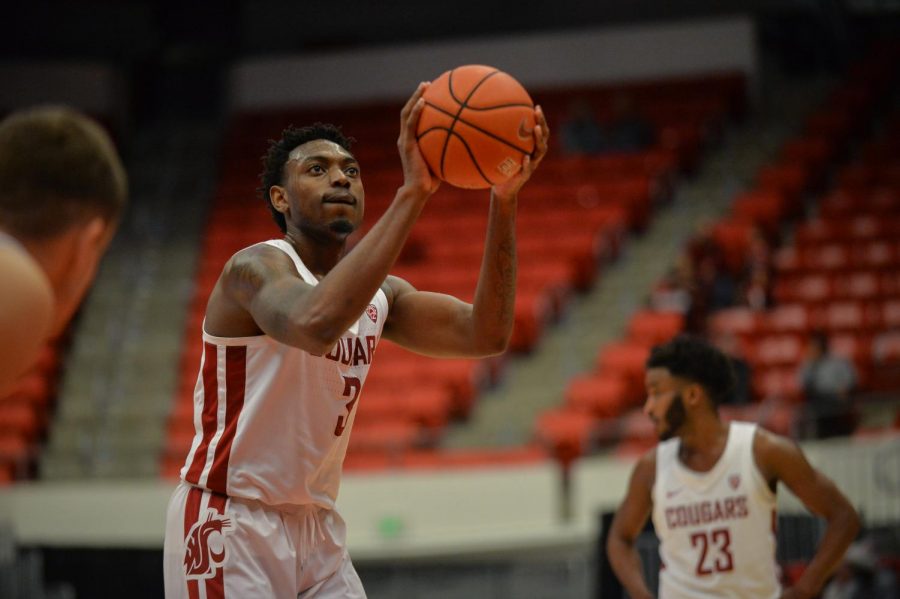 Senior forward Robert Franks Jr. had a spectacular week, leading his Cougars to two wins in Beasley Coliseum and earning Evergreen Athlete of the Week.

Franks dominated California Polytechnic State University last Monday in an 84-70 WSU win. He led the team in scoring with 30 points on 12-22 shooting, including 3-8 from behind the three-point line. He added six rebounds, five assists, one block and one steal to his stat line.

Franks had another excellent game Saturday as the Cougars blew out Delaware State University 80-52. He led the team in points and rebounds, recording a 24-point, 11-rebound double-double. He added two assists along with a team-leading three blocks.

The 6-foot-9-inch, 225-pound humanities major is averaging a near double-double this season, putting up 28.3 points and 9.3 rebounds per game. Both stats exceed Franks’ career highs.

He is also shooting a healthy 56.9 percent from the floor this season, a career-high by about 10 percent. Franks is also contributing in the passing game, averaging three assists per game which would also be a career high. WSU is 3-0 when Franks sees the floor.

Franks arrived on campus in 2015, slowly earning more playing time before breaking out in his junior year. He earned the Pac-12 Most Improved Player of the Year award and was named All-Pac-12 Honorable Mention last year. Franks declared for the NBA draft, but returned to WSUafter testing the waters.