Despite a 10-2 record, Cougs miss out on New Year's Six bowl game 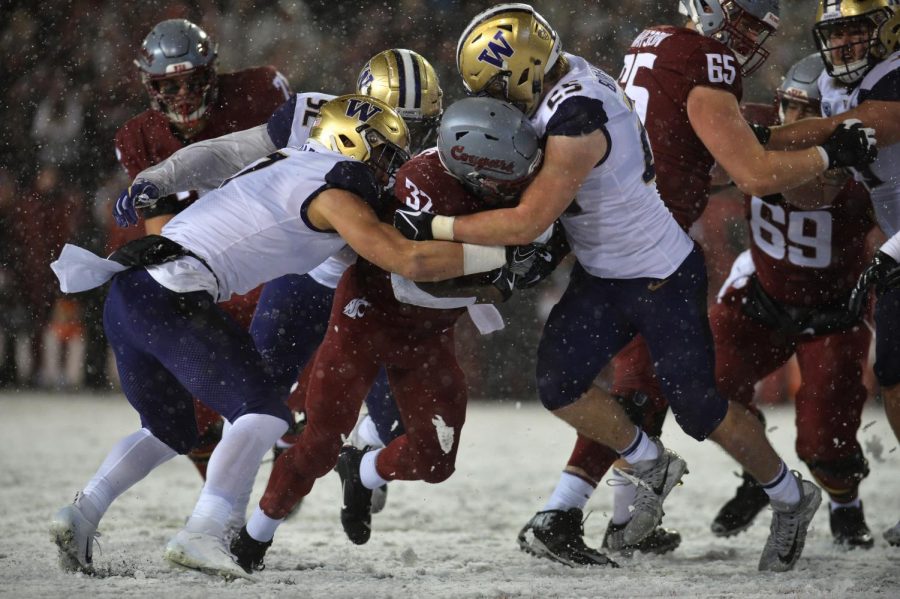 The Cougars and Huskies hope to meet up later this year, possibly in December.

The selections for this year’s bowl games were revealed Sunday, leaving all of WSU in shock as the No. 13 Cougars did not make a New Year’s Six bowl game. Instead, they ended up in the Valero Alamo Bowl against Iowa State.

With the stunning year WSU has had, Coug fans were extremely disappointed with the bowl game the College Football Playoff selection committee put them in.

The disappointment comes from the fact that WSU had its best regular season in 15 years as it currently holds a 10-2 record. This season the Cougs have accomplished everything from hosting College GameDay, having a Heisman hopeful quarterback and reaching as high as No. 8 in the CFP rankings.

However, with all the success the Cougars had, they will end the 2018 season by playing in a who cares bowl game. After losing the Apple Cup against UW, WSU’s dream season was completely shattered.

Coug fans wanted the PlayStation Fiesta Bowl or Peach Bowl after the team’s hopes of winning the Pac-12 Championship and playing in the Rose Bowl were dashed thanks to the Huskies. However, the results of the weekend put WSU at No. 13 behind Florida, Louisiana State and Penn State. Despite having a worse record than WSU, Florida made the Peach Bowl and Louisiana State made the Fiesta Bowl, leaving the Cougars to face an 8-4 team in the Alamo Bowl.

There are a lot of questions as to why the Cougars did not make it to a New Year’s Six bowl game when they had such a successful season. The sad truth is that in order for WSU to make it there, the Pac-12 Conference needed to be stronger as a whole and the Cougars non-conference schedule needed to be more challenging.

The non-conference teams WSU played are pretty much a cakewalk for any decent team and the Pac-12 needed more teams to be ranked in the final CFP rankings in order for the Cougars to really stand out.

When it comes to what people look for in the New Year’s Six bowl games, WSU doesn’t meet the criteria, no matter how outstanding its season. For the media, it was probably easy to bypass the Cougars as they look for top-name teams that have bigger fan bases to potentially bring in more money.

Unfortunately, the Cougars’ great season will end with the Alamo Bowl, despite the hopes and dreams that WSU would make it to one of the New Year’s Six. With the exciting season we had, fans will have to sit back and fume as WSU takes on Iowa State on Dec. 28 in San Antonio, Texas.