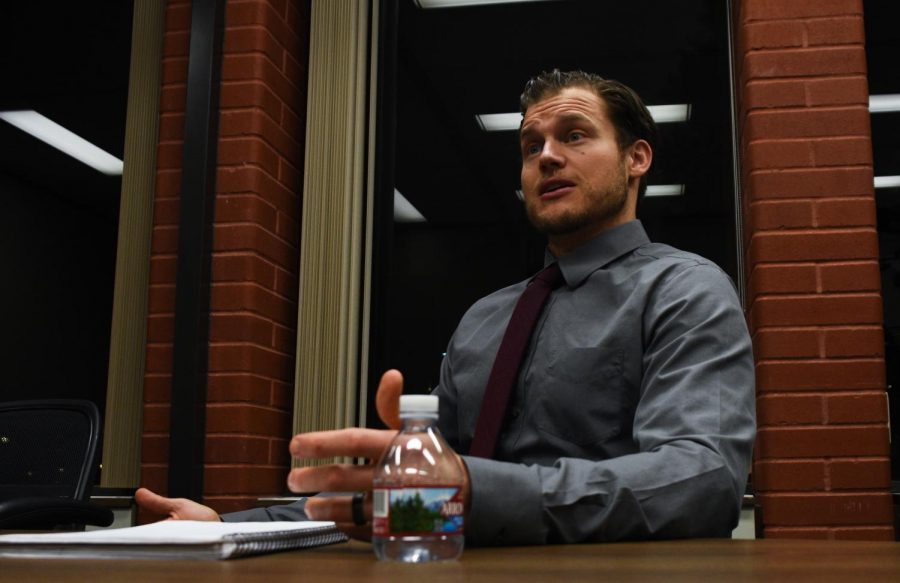 Changes in the WSU student conduct process will involve more participation from students and take effect in the beginning of spring semester.

The Board of Regents approved the changes Nov. 16 during the annual regents meeting.

Before bringing the new student code of conduct to the regents for approval, the two-year long process received recommendations from a task force which included adding more support for students going through the conduct process, said Adam Jussel, Office of Student Conduct director.

He said they will create an online handbook to present a shorter version of the 80-page document of changes in the conduct process.

Jussel said one of the major changes includes an informational session that describes an individual’s rights and responsibilities during the conduct process. He said the session will be student-led with a trained group of peers.

Prior to this change, students received a letter and met with someone in the Office of Student Conduct.

“The last thing I want to happen is do a ‘gotcha’ with the student where they feel like they haven’t been heard or they didn’t understand their rights,” Jussel said.

Another major change is having trained conduct advisers who could help students go through the conduct process, he said. The advisers are staff and faculty members and can come to the hearings with students.

“We had it listed in the past so you could have an adviser,” Jussel said. “We just didn’t have a trained group of them to do it.”

He said students can still participate in the process without an adviser, but having an “objective outsider” can help a student along the way.

The systematized annual training process for staff and faculty advisers will cover several topics including dispute resolution and cultural competency, he said. Jussel defined dispute resolution as techniques guided around mediation of conflict rather than going through a formal hearing process.

He said a conduct board will be implemented back into the process, which was previously only used in rare, serious cases when a student faced suspension or expulsion from WSU. The conduct board used to only have one or two students, so it was changed to have more students involved.

The Office of Student Conduct will also publish an annual report which will be accessible to the public every year to increase transparency efforts, he said.

“If we don’t talk about it and publish information about it, then there’s just a lot of myth and rumor,” he said. “The point is to be transparent.”