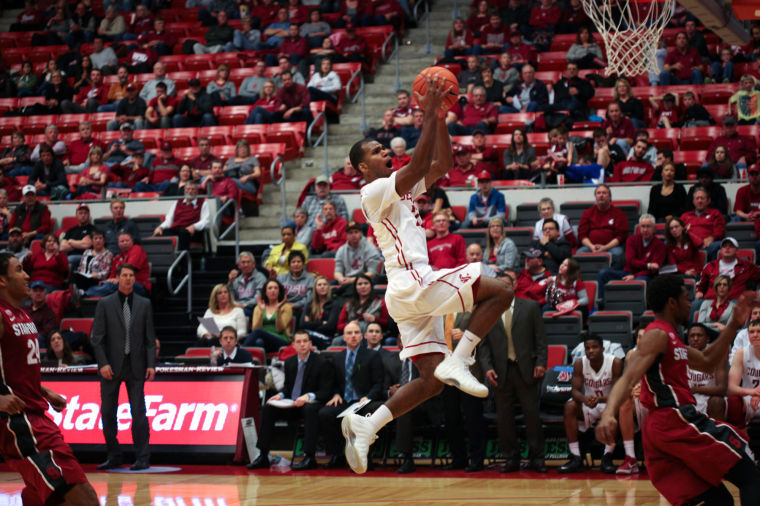 Winning changes everything, but it actually needs to happen first.

The Cougars have lost eight of their last ten Pac-12 games and are currently on a four-game losing streak, WSU men’s basketball Head Coach Ken Bone said in a press conference Tuesday his team is tired of losing and wants wins to start appearing on the stat sheet.

“It doesn’t matter how good the teams are right now, it’s that time of year where we need to win,” Bone said. “We’re fighting to win and guys are battling every day in practice, to get better, to win. I appreciate their attitude, effort.”

Bone mentioned that a couple players have made the effort to come in early to watch film and talk with coaches.

The Cougars will get another chance to turn their struggles around when they hit the road to face the Oregon schools this week. WSU hosted the Oregon and Oregon State in late January and lost both games by double digits.

“It would be great to knock someone off and that would give us a lot of confidence,” Bone said.

In order for the Cougars to be successful on the road this week Bone said taking care of the ball is very important because in past games the team has had critical turnovers.

“Maybe it’s the timing of the turnovers that were not good, but I do feel like we need to take care of the ball,” Bone said.

It all starts with the point guard who not only takes care of the ball but controls the offense. Redshirt junior point guard Royce Woolridge has struggled with that role. Woolridge is averaging 2.8 assists per game but couples that with 2.1 turnovers per contest.

Bone said he still believes Woolridge can still turn it around.

“For some reason I still think, and I know it’s late in the year, but I still feel like Royce has it in him,” Bone said. “He’s done things in the past to make us believe he can do some good things in the game.”

In the past two games Bone decided to start the freshman Ike Iroegbu at the point guard position which Bone said he’s handled well.

The bright spot for the Cougars so far has been the play of redshirt senior forward D.J. Shelton who has scored in double figures in six of the last eight games along with being one of the team’s top rebounders.

Bone cited a contest against California as the time when things began to click for Shelton.

“He scored well and he got confident in what he was capable of doing, he hit a couple threes that game and that just gave him some confidence,” Bone said. “D.J.’s coming into his zone and a lot of times seniors do that when there’s a real sense of urgency because his clock is ticking as far as his college career.”